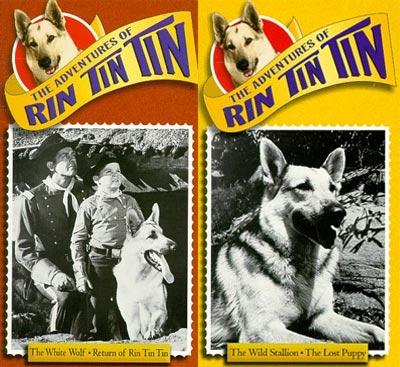 A few police dogs become famous. The most legendary police dog of all is probably Rin Tin Tin, a trained German shepherd who was left behind by retreating German forces in 1918. An American sergeant took him to the United States, where he went on to star in 122 films and a TV series.

Another police dog became famous because she was unique. Mattie, a black Labrador retriever with the Connecticut State Police, was trained to sniff out evidence of arson. Mattie could pick her way through the charred, dangerous ruins of a fire and point out a few small drops of gasoline, despite all the strong smells of a recent fire and all the fire and police officials walking around the scene. Mattie could identify several different chemical accelerants. She was the first operational accelerant detection dog in the country, and possibly in the world, when she went on duty in 1986. Since then, the program has been very successful, with Dolph and Rosie following in Mattie's paw prints.

For more information on police dogs and related topics, check out the links below.

Police dogs are working in cities and towns all over the world. Your town might have one -- check your police department's Web site. Sometimes, K-9 units give public demonstrations, which would be a great way to see a police dog in action. For more information, check out these links: