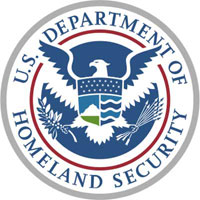 ­Th­ere are many terms associated with immigration, and often some of them mean the same thing. First, let’s talk about the difference between immigration and emigration. Immigration refers to people moving into a country while emigration refers to someone leaving a country. For example, if Bruno is leaving Austria to move to the United States (we’ll assume that he has a visa already), then he is emigrating from Austria and immigrating to the U.S.

Now that we’ve made that distinction, let’s consider why people immigrate. The legend of the American dream promises a better life, but more specifically, people often come to the U.S. to pursue employment opportunities, to reunite with friends and family or to escape conflict or oppression in their home country -- also known as seeking asylum.

The United States Congress exercises control over immigration by passing legislation that determines immigration law. The Department of Homeland Security and the agencies under its control, such as the U.S. Citizenship and Immigration Service (formerly part of the INS) and U.S. Customs and Border Protection, manage the immigration process and enforce the laws enacted by Congress. The president is sometimes a vocal figure when it comes to immigration, but he can only make decisions regarding refugee policy.

We’ll go over some of the many terms associated with immigration later in the article, but here are a few to get you started: