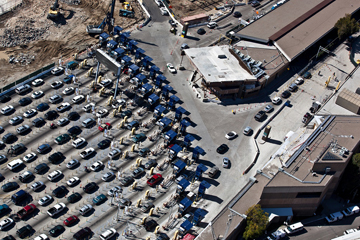 Cars line up at the CBP inspection station at San Ysidro, Calif., thought to be the busiest landport in the world.
John Denmark/U.S. Customs and Border Protection

You're still wearing a sombrero as you queue in a U.S. airport customs line, clinging to the last vestiges of the week you spent in paradise. But as you near the U.S. Customs and Border Protection agent, you wonder if admitting your vacation is over is the only thing you'll need to declare. What about that bottle of rum in your suitcase? The sand you swiped from the beach and put in a plastic baggie as a souvenir? And there's the starfish you bought in the hotel gift shop. Maybe it isn't just the heat that's making you sweat.

If you've ever entered the United States (as a visitor or citizen returning home), you encountered the U.S. Customs and Border Protection (CBP) on your way back home. You probably are most familiar with the role of these uniformed men and women as they check the declaration form you filled out on the airplane, and perhaps examine your luggage to be sure nothing illegal is tucked inside. Remember that starfish? It may be contraband. And the medication your traveling companion bought at a Mexican pharmacy because it was cheaper than buying it in the U.S.? He may have some trouble getting it across the border without a prescription.

U.S. customs officers do far more than simply stand around at airports or border stations and look through people's bags. They enforce hundreds of laws for 40 different government agencies and prevent thousands of cases of illegal smuggling each year. In fact, the CBP assesses all people who arrive by airplane, overland vehicle, ship or on foot and want to enter the U.S. The job of U.S. customs agents is to search for banned agricultural products and counterfeit goods, but they also are trained to seize street and pharmaceutical drugs, illegal immigrants and traffickers and to spot terrorist risks [sources: U.S. Customs and Border Protection, Wallechinsky].