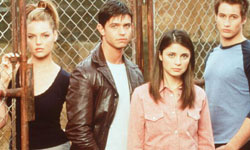 Image Gallery: TV Shows Fans of the sci-fi series "Roswell" helped save the show from cancellation by sending Tabasco sauce (a favorite of one of the show's characters) to executives at the WB. See more pictures of TV shows.
Handout/Getty Images

It's probably happened to most of us: We get addicted to a TV show and tune in every week, but for some reason no one else seems to watch. Or maybe you hear that one of your favorite programs is up for cancellation, and you can't figure out why. There are all sorts of reasons that networks decide to cancel shows. The show could be getting low ratings, or maybe it contains controversial material that advertisers don't want to sponsor. It could be too expensive to produce, or maybe the networks just want to mix up the programming schedule. No matter what the reason, it's never fun to discover that a show you look forward to each week is about to get canceled.

So what if your favorite show is on the chopping block? While cancellation might seem imminent, viewers have more power than you might think. Since the '60s, viewer campaigns to save TV shows have helped buy programs more time on the air. From e-mail and letter-writing campaigns to more gimmicky stunts, viewers have shown networks their loyalty in order to save their favorite shows from cancellation.

Here, we'll look at 10 cases in which the fans came to rescue of their favorite programs.

"Star Trek: The Original Series" was the first TV program saved by fans. NBC was planning to cancel the science-fiction series after two seasons, but a letter-writing campaign by fans kept the show on the air for an additional season.

In 1968, sci-fi lovers Bjo and John Trimble organized a letter-writing blitz when they heard that one of their favorite shows was facing cancellation, and many fans credit Bjo with saving "Star Trek." She and her husband mailed letters to fellow Trekkies telling them how to write in to NBC to ask them to save the show.

While one more season might not seem like a big win, this set the stage for many subsequent campaigns to keep shows on the air, and the fan outcry was part of what encouraged Paramount Studios to produce the first "Star Trek" movie in 1979.

An additional season wasn't the only win for Trekkies. Fans organized a letter-writing campaign in 1976 that convinced NASA to name its first space shuttle orbiter after the federation flagship from the TV series: Enterprise.

Unlike many other shows that fans saved from cancellation, "Family Guy" was the result of indirect action, rather than an organized campaign to save the show.

Fox cancelled "Family Guy" in 2002 after just three seasons and released the first 28 episodes on DVD the following year. That release sold 400,000 copies in the first month alone, and when Cartoon Network's Adult Swim picked it up in syndication, their ratings went up 239 percent. In an unprecedented move, Fox renewed the series in 2005 based on those DVD sales and syndication ratings, placing it in prime programming real estate -- right after "The Simpsons" during its "Animation Domination" block. Fox also released a direct-to-DVD movie, "Stewie Griffin: The Untold Story" in 2005.

"Family Guy" is so popular that 20th Century Fox is teaming up with Titan Comics to release a "Family Guy" comic book. Illustrator S.L. Gallant is going to draw the series, which is scheduled to debut in 2011.

Following in the footsteps of "Family Guy," "Futurama" fans brought the show back from cancellation simply by being fans. DVD sales and high ratings for syndicated episodes, along with some good old determination from producer David X. Cohen, convinced executives to revive the series.

Fox canceled "Futurama" in 2003 after a four-year run, and the series remained off the air for years until Adult Swim picked up it up in syndication. Those old episodes got great ratings, and Cohen took a hint from "Family Guy" and pushed Fox to produce a direct-to-DVD movie. "Bender's Big Score" was the first of four feature-length "Futurama" movies. Based on DVD sales, Comedy Central picked up the series, where it's been renewed for another 26 episodes. That means "Futurama" will be on the air through at least the summer of 2013, much to its fans' delight. 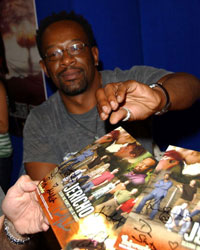 CBS's "Cagney & Lacey" was a TV series about a pair of female police officers. While a female cop show might seem like nothing new now, in the early '80s, this premise was a big deal for the growing feminist movement. It started out as a made-for-TV movie and was so popular that CBS launched a series. So how did the show get canceled, and what saved it?

The second season of "Cagney & Lacey" suffered from low ratings, and the network canceled it in 1983, much to the dismay of rabid fans, as well as the show's supporters in the women's movement. Barney Rosenzweig, who wrote the TV movie, began receiving letters from fans who wanted the show back on the air.

The response inspired Rosenzweig to organize a fan letter-writing campaign, and some heavy hitters like Ms. Magazine and Gloria Steinem helped promote the drive. The fan response was overwhelming, and CBS took notice. The network renewed "Cagney & Lacey" in 1984, and it went on for four more seasons. 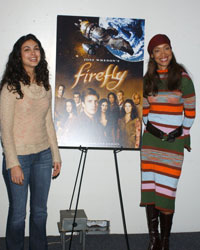 The sci-fi series "Roswell" premiered in 1999 on the WB and ran for three tumultuous seasons before the network canceled the show. For much of that time, it was the devoted fan base that kept "Roswell" on the air through a series of campaigns and gimmicks.

The best-known campaign to keep "Roswell" on the air during the first two seasons was "Roswell is Hot!" Fans started an online petition and sent in letters and bottles of Tabasco sauce, a favorite of one of the show's characters, to show the WB that they supported their favorite show. The WB received over 3,000 bottles of the hot sauce, and network executives said that the campaign contributed to the show's survival.

In 2001, the WB dropped the show, but UPN picked it up for a third 22-episode season. The deal included buying rights to "Buffy the Vampire Slayer," and UPN hoped that airing "Roswell" after the popular "Buffy" would give the show a ratings boost. Unfortunately, ratings for the show remained low, and a Tabasco campaign couldn't save it for a fourth season. UPN canceled Roswell permanently in 2002. 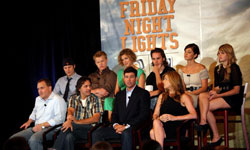 "Designing Women" started out with good ratings, but when CBS moved it from its Monday night time slot to Thursdays, viewership plummeted. In the days before DVRs, there was no way this fledgling comedy could compete with the popular series "Night Court," which aired at the same time on NBC. Fans pulled together with an advocacy group to organize a letter-writing campaign, inspired by the one that saved "Cagney & Lacey" a few years earlier. Around 50,000 fans sent letters to CBS demanding that they resurrect the show, and they also petitioned advertisers to support "Designing Women."

The network responded. In January of 1987, the head of CBS Entertainment reportedly flew a white flag in his office window and renewed "Designing Women." 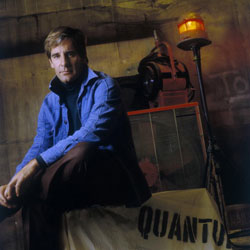 For more fun TV articles, check out the links on the next page.