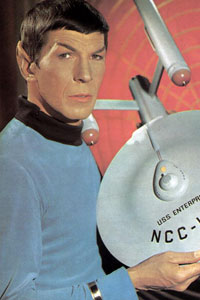 We all have our favorite TV programs, from half-hour cartoon comedies to hour-long dramas. But has one of your favorite shows ever faced cancellation? When a show gets low ratings, networks will often try changing time slots and upping their marketing game to get more viewers. Other times, it feels like someone at the network has it in for your favorite show. No matter what the reason, sometimes even the best shows don't pull the viewership they need to keep them on air. It might seem hopeless when your favorite show is going to be canceled, but that's not always the case -- there are things you can do to help your shows stay on the air.

Fans have more power than you might think, and the long history of fans saving their favorite shows from being canceled starts in the 1960s. While networks place a lot of weight on Nielsen ratings, they're not the only determining factor in the lifespan of a show. Some shows have even come back years after cancellation, thanks to fan loyalty.

While strong fan-organized campaigns have saved quite a few shows from the chopping block, that's not always all it takes to keep a TV show from being canceled. Let's take a look at the elements that have worked in the past to save shows from cancellation or resurrect canceled shows that were beloved by fans.

Good, old-fashioned letter-writing campaigns have saved a number of shows from the chopping block. In fact, the first show fans ever saved from cancellation, "Star Trek: The Original Series," was the result of an organized letter-writing campaign. When fans were working to keep the show on the air in 1968, they didn't have the benefit of the Internet. Instead, Bjo and John Trimble, who were experienced at running and promoting art shows, used their marketing prowess to organize fan letters. They sent a "how-to" letter out to fellow Trekkies, encouraging them to write in to NBC to support the show. The network listened, and "Star Trek: The Original Series" went on to air for an additional season.

Of course, in the age of the Internet, campaigns like this are easier to organize. Fans of the FOX series "Friday Night Lights," for example, went beyond letters and even e-mails. They organized a Facebook group and online petitions to support the show, which continued for five seasons despite low ratings.

It wasn't just online action that saved "Friday Night Lights," though. The latest trend with fan action has gone beyond just e-mails, letters and petitions. Fans still barrage network executives with letters of support, but it's becoming more and more common to include some kind of symbol that represents the show to really grab executives' attention.

In the case of "Friday Night Lights," fans sent light bulbs to network executives. Gimmicks have helped save other shows, too. To show their support, "Roswell" fans sent in bottles of Tabasco sauce (a favorite of one of the show's characters), and fans of "Jericho" sent CBS a whopping 20 tons of peanuts (in response to a character's declaration of "Nuts!" in the season finale).

Gimmicks aren't always successful, though, even when they've worked in the past. Tabasco sauce helped keep "Roswell" on the air for three seasons, but low ratings did it in after that. So what else can help a show survive? 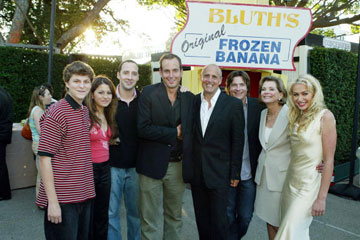