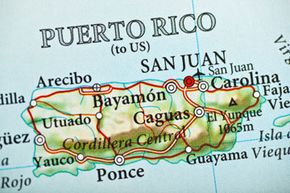 As one of the first European colonies in the New World, Puerto Rico has a rich and storied history. The territory, which is made up of the main island of Puerto Rico as well as some smaller islands, is situated in the Caribbean between the Dominican Republic and the Virgin Islands. And as a result of its complex past and multiple influences, today it reflects a blend of Spanish, African, indigenous and North American cultures and customs.

Ethnically, Puerto Ricans are largely mixed, but according to government figures, about three quarters of the residents are mostly of Spanish origin, while blacks make up about 7 percent of the population [source: CIA]. While the Puerto Ricans still predominantly speak Spanish, many also speak English, and both are considered official languages there. And although Catholicism has been extremely influential both religiously and culturally since colonization, a significant Protestant presence has been growing since the 20th century.

Before Christopher Columbus arrived in what is now called Puerto Rico, the native Taíno people were living there as hunters and gatherers with some limited knowledge of farming. They were a mostly peaceful people who had been often threatened by attacks from their enemies, the Carib (the peoples the Caribbean was named for). On his second voyage to the Caribbean in 1493, Columbus rescued some Taíno prisoners from the Carib on the island of Guadeloupe and agreed to bring them back to their home -- an island the natives called Boriquén, meaning “Land of the noble lord.” However, Columbus claimed the island for Spain and christened it San Juan Bautista (St. John the Baptist). Later, the capital became known as San Juan and the whole island was called Puerto Rico, meaning “rich port.”

As many as 50,000 Taínos lived on the island when Columbus arrived, but after several decades of harsh Spanish rule and disease, the population declined drastically. So, the Spanish soon replaced Taíno workers with imported African slaves to mine the island’s gold and later work in the sugar and ginger plantations. The modern mixture of ethnicities is thanks to intermarriage between the Spanish, Taíno and Africans.

The island became an important strategic military outpost thanks to its location. Despite attempts by the French, British and Dutch to gain control of it, Puerto Rico remained under Spanish rule until 1898, when it was ceded to the United States after the Spanish-American War.

Before the Spanish arrived, the Taíno diet consisted mainly of corn, birds, fruit, capsicum peppers and seafood. The colonists opened a new world to the natives when they introduced pigs, chicken, several new vegetables, wheat and sugarcane, however. And later, when Africans were brought in as slaves, they were able to introduce their own cooking styles (and were perhaps responsible for bringing rice over as well) [source: Smith]. Out of this cultural exchange came new food traditions that are unique to Puerto Rico. Puerto Rican cuisine uses fresh vegetables and other ingredients, and often incorporates cloves, ginger, cilantro, garlic and lime. Curiously, Puerto Rican food is generally not as spicy as the food in their Caribbean counterparts.

The native Taínos used a cooking cauldron, called a caldero, that is still ubiquitous in Puerto Rican kitchens. It is traditionally made of sturdy cast-iron and used for cooking everything from rice to stews. Rice along with beans make up the most important staples of Puerto Rican food. Beans are often made in a sofrito sauce, often consisting of tomato, cilantro, chili pepper, recao, bell peppers, onion and garlic. Plantains and bananas are also very popular. Often ripe plantains or green bananas are boiled for a starchy side dish. Another favorite is tostones, which are unripe plantains that have been fried to crispy perfection.

Pork, beef and chicken are all popular in Puerto Rico. Meat and poultry are often prepared by rubbing in adobo, which is a crushed spice mix of black peppercorns, oregano and garlic. Pork is cooked in a variety of ways, including stewed pig tripe in sofrito sauce, in a dish called mondongo, or stewed pig heart, kidneys and livers in a dish called gandinga. A Puerto Rican beef pot roast is carne mechada. Chicken is often served in asopao, a soup with rice. Seafood, especially crab, lobster, prawns, octopus, red snapper and mahi mahi, are also common on the island.

Deserts are another point of pride in Puerto Rican cuisine. Many center around the coconut, such as coconut pudding and bread pudding as well as a custard desert known as flan de coco. Another popular desert consists of guava jelly with queso blanco (white cheese). 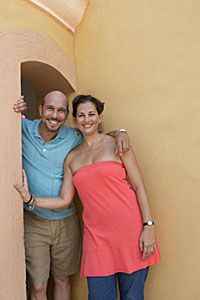 When Columbus arrived with the Spanish at the end of the 15th century, they were all struck by how little the native Taíno people wore. Many were completely naked, while married women were expected to cover themselves with a simple apron or skirt. As the Spanish took over and began intermarrying with the local population, they also had them adopt Spanish dress. As a result, the clothing traditions of Puerto Rico are largely Spanish, but also with some African influence due to the slaves that were brought over.

Even though the European style of clothing -- with its layers and heavy materials like wool -- made less sense to the natives in the hot climate, adopting the customs of modesty was required by the new Christian religion they were to adopt. Even today, you'll find remnants of this tradition as some men still sport wool jackets [source: Martinez-Vergne]. Cotton, however, was a common material for clothing to deal with the hot weather.

Sometimes, however, the working conditions and not just modesty would dictate style. We spoke with Dr. Teresita Martinez-Vergne, who said that she wondered at why 19th-century men working in sugarcane fields would wear long-sleeved shirts that were buttoned to the top. She found in her research that this was because the sugarcane leaves are sharp enough to cut skin, and the shirts protected the men.

One clothing tradition that is still popular today is the guayabera shirt. This is a loose-fitting, button-up men's shirt that has multiple front pockets. Popular all over Latin America, historians are unsure of the exact country or date of origin. It is somewhere between a century and three centuries old. The shirt is generally considered suitable for most occasions, even formal situations, as it's also known as a "Mexican wedding shirt."

Even though many Puerto Ricans have adopted styles from the United States, performances of traditional dances will call for the dancers to wear traditional clothing. Long ruffled dresses of white or bright colors are common for these performances. For the bomba, one traditional dance, women wear a dress with a full skirt and petticoat, while men wear white pants and shirts as well as panama hats. 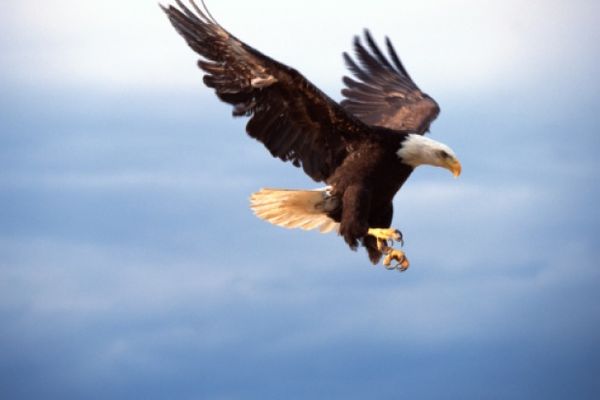 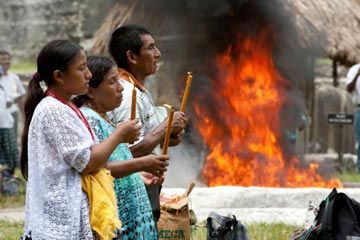 You May Like
How Guatemalan Traditions Work
Explore More 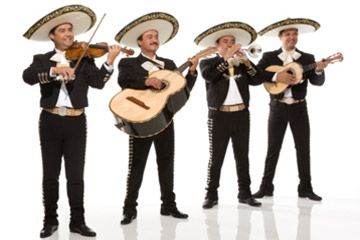