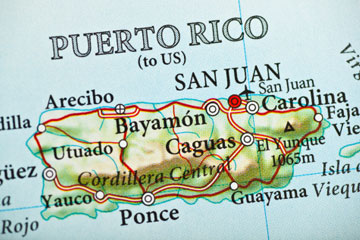 As one of the first European colonies in the New World, Puerto Rico has a rich and storied history. The territory, which is made up of the main island of Puerto Rico as well as some smaller islands, is situated in the Caribbean between the Dominican Republic and the Virgin Islands. And as a result of its complex past and multiple influences, today it reflects a blend of Spanish, African, indigenous and North American cultures and customs.

Ethnically, Puerto Ricans are largely mixed, but according to government figures, about three quarters of the residents are mostly of Spanish origin, while blacks make up about 7 percent of the population [source: CIA]. While the Puerto Ricans still predominantly speak Spanish, many also speak English, and both are considered official languages there. And although Catholicism has been extremely influential both religiously and culturally since colonization, a significant Protestant presence has been growing since the 20th century.

Before Christopher Columbus arrived in what is now called Puerto Rico, the native Taíno people were living there as hunters and gatherers with some limited knowledge of farming. They were a mostly peaceful people who had been often threatened by attacks from their enemies, the Carib (the peoples the Caribbean was named for). On his second voyage to the Caribbean in 1493, Columbus rescued some Taíno prisoners from the Carib on the island of Guadeloupe and agreed to bring them back to their home -- an island the natives called Boriquén, meaning “Land of the noble lord.” However, Columbus claimed the island for Spain and christened it San Juan Bautista (St. John the Baptist). Later, the capital became known as San Juan and the whole island was called Puerto Rico, meaning “rich port.”

As many as 50,000 Taínos lived on the island when Columbus arrived, but after several decades of harsh Spanish rule and disease, the population declined drastically. So, the Spanish soon replaced Taíno workers with imported African slaves to mine the island’s gold and later work in the sugar and ginger plantations. The modern mixture of ethnicities is thanks to intermarriage between the Spanish, Taíno and Africans.

The island became an important strategic military outpost thanks to its location. Despite attempts by the French, British and Dutch to gain control of it, Puerto Rico remained under Spanish rule until 1898, when it was ceded to the United States after the Spanish-American War. 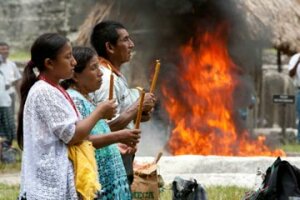