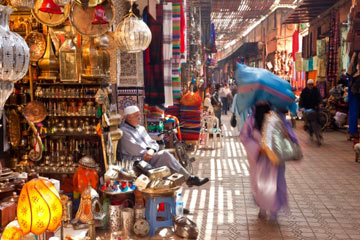 The city of Marrakech, home to Morocco's largest souk, is known around the world.
Peter Adams/The Image Bank/Getty Images

Mention Morocco, and many people's thoughts immediately turn to Casablanca: Its crowded streets and markets, the palm trees swaying in the breeze, Sam sitting at the keyboard in Rick's Café. Those images come from the classic 1942 movie of the same name, of course, and aren't necessarily reflective of Casablanca, or Morocco, today. In fact, while people have long been fascinated by this compact country sitting atop northwestern Africa, most don't know much about its history or traditions.

Thousands of years ago, the land now known as Morocco was occupied by the Berbers, an indigenous people spread across northern Africa. Although various groups of people passed through the land over time, such as the Carthaginians and Romans, no one stayed too long until the Muslims arrived during the Arab invasion in the 7th century. From that point on, the land became home to both Arabs and Berbers, who frequently battled for control. More recently, the region was colonized by the French, who brought their language to its shores. Finally, in 1956, it became the independent country of Morocco [source: Morocco].

So who, exactly, are the Moroccans today? Well, 99 percent are Sunni Muslims, whether they're of Berber or Arab descent [source: Every Culture]. But religion aside, Moroccans are considered a warm, welcoming people who go out of their way to be generous to others. "Feed your guests, even if you are starving," is a famous Moroccan proverb, for example, and it's not unusual to be invited to someone's home for a meal. (And if you are, it's likely to be unforgettable, as Moroccan food is deemed top-notch.)

While visitors don't forget the people of Morocco, they're also typically wowed by its towns. Moroccan cities are distinguished by their thriving souks, or open-air markets, and their architecture and design, which feature geometric patterns, Islamic calligraphy and bold colors. The country's most famous cities, furthermore, are known the world over: Casablanca, of course, but also Rabat, the capital; Fez, one of Islam's holiest cities; and Marrakech, home to Morocco's largest souk. But movie references and shopping aren't the only draws of this coastal country. Some people come simply to sample the local flavor. 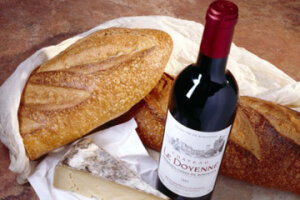 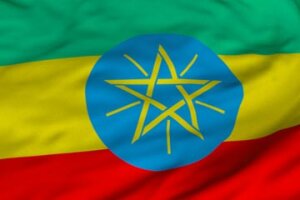