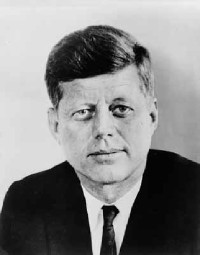 President Kennedy is just one of many famous Irish Americans­.

­Along with other immigrants, the Irish have been coming to America for centuries. Rich and poor, Protestant and Roman Catholic, fortune seekers and refugees, they have all sought a new beginning here and many of them have gone on to strengthen the structure of our country, including:

Now that you know all about Saint Patrick, the day named in his honor, and the legends associated with the celebration, go out and enjoy St. Patrick's Day -- and don't forget to wear your green!

For more information on St. Patrick's Day and related topics, check out the links below.