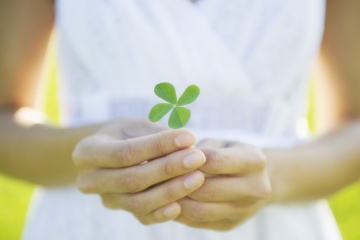 You're lucky indeed if you find a four-leaf clover -- your chances of finding one are one in 10,000.
Dave and Les Jacobs/Blend Images/Getty Images

One day in 2014 in Rochester, New York, a woman named Sandra rode her bike into town to do some shopping. She locked up her steed, shopped and came back to find it gone. Devastated, she reported the loss to the cops, who warned her the chances of recovery were slim.

Later that day, at a coffee shop, she spotted another policeman and decided to tell her sad tale again. Promising to have a look, the cop hopped on his bike and went off on patrol, but not before Sandra had given him a four-leaf clover to boost his chances. Within minutes, the officer had found her wheels. Never, he reported, had he recovered a missing item so quickly. The clover had apparently done its work [source: Miltner].

Nearly as interesting as the happy outcome of this story is the fact that Sandra had a spare four-leaf clover on hand. It was no accident — she collected them. In fact, she had so many she made a habit of giving them away. In this, she's not as unusual as you might think: The Guinness World Record for the largest collection of four-leaf clovers goes to one Edward Martin of Cooper Landing, Alaska, who has amassed more than 100,000 of them [source: Guinness World Records]. That's truly astounding when you consider the fact that your chances of finding a four-leaf clover are one in 10,000! [source: Olsen]

Everybody knows that four-leaf clovers are supposed to bring good luck, and clearly some people really want to pile it on — but just what is it that makes them so lucky? 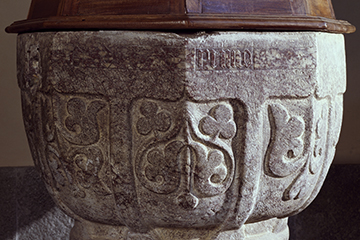 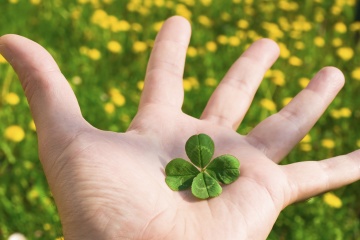