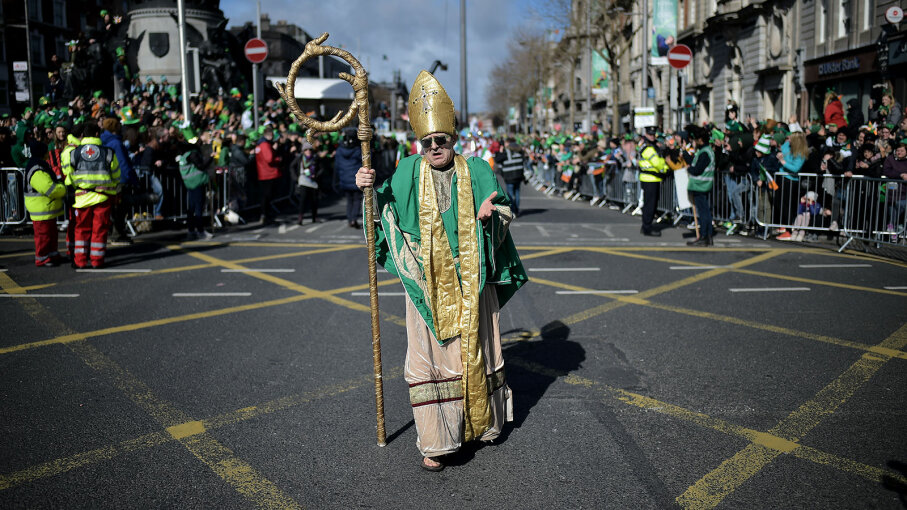 Regardless of your heritage, you're probably very aware of St. Patrick's Day. Celebrated each year on March 17, it's a day when people from all sorts of national and ethnic backgrounds dip a toe in Irish culture. Many observe the day by sporting a bright green shirt and meeting up with friends at a favorite local Irish pub. But there's a lot more to St. Patrick's Day than simply wearing green and knocking back a pint of Guinness.

For instance, who was St. Patrick? Is it true that he was taken prisoner by Irish raiders? And how do shamrocks and the Blarney stone fit into this holiday's history?

Important historical figures are frequently shadowed by the myths and legends attributed to them over the course of centuries, and St. Patrick is no exception. He is believed to have been born in the late fourth century, and is often confused with Palladius, a bishop who was sent by Pope Celestine in 431 to be the first bishop to the Irish believers in Christ. According to Encyclopedia Britannica, St. Patrick was the patron saint and national apostle of Ireland who is credited with bringing Christianity to Ireland. Most of what is known about him comes from his two works, the "Confessio", a spiritual autobiography, and his "Epistola", a denunciation of British mistreatment of Irish Christians. St. Patrick described himself as a "most humble-minded man, pouring forth a continuous paean of thanks to his Maker for having chosen him as the instrument whereby multitudes who had worshipped idols and unclean things had become the people of God."

St. Patrick is most known for driving the snakes from Ireland. It is true there are no snakes in Ireland, but there probably never have been – the island was separated from the rest of the continent at the end of the Ice Age. As in many old pagan religions, serpents were often used as symbols. Driving the snakes from Ireland was probably symbolic of putting an end to that pagan practice. While not the first to bring Christianity to Ireland, it is Patrick who is said to have encountered the Druids at Tara and abolished their pagan rites. The story holds that he converted the warrior chiefs and princes, baptizing them and thousands of their subjects in the "Holy Wells" that still bear this name.

There are several accounts of St. Patrick's death. One says that St. Patrick died at Saul, Downpatrick, Ireland, on March 17, 460 C.E. His jawbone was preserved in a silver shrine and was often requested in times of childbirth, epileptic fits, and as a preservative against the "evil eye." Another account says that St. Patrick ended his days at Glastonbury, England and was buried there. The Chapel of St. Patrick still exists as part of Glastonbury Abbey. Today, many Catholic places of worship all around the world are named after St. Patrick, including cathedrals in New York City, Dublin, and Toowoomba, Queensland, Australia. 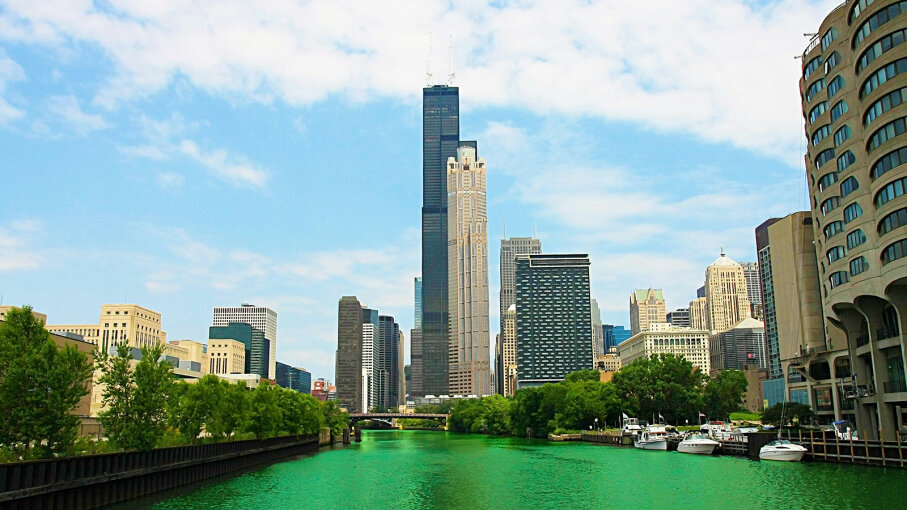 ­St. Patrick's Day has come to be associated with a few ideas and symbols tied to Ireland Irish: anything green and gold, shamrocks and luck. In the United States and many other nations, the first widespread St. Patrick's Day celebrations were organized by Irish immigrants in celebration and recognition of their culture.

To those who celebrate its intended religious meaning, St. Patrick's Day is a traditional day for spiritual renewal and offering prayers for missionaries worldwide. The Irish are descendants of the ancient Celts, but the Vikings, Normans and English contributed to the ethnic nature of the people. Centuries of English rule largely eliminated the use of the ancient Gaelic, or Irish, language. Most Irish are either Catholics or Protestants.

So, why is it celebrated on March 17? One theory is that that is the day that St. Patrick died. Since the holiday began in Ireland, it is believed that as the Irish spread out around the world, they took with them their history and celebrations. The biggest observance of all is, of course, in Ireland. With the exception of restaurants and pubs, almost all businesses close on March 17. Being a religious holiday as well, many Irish attend mass, where March 17 is the traditional day for offering prayers for missionaries worldwide before the serious celebrating begins.

In American cities with a large Irish population, St. Patrick's Day has become a very big deal. Big cities and small towns alike celebrate with parades, "wearing of the green," music and songs, Irish food and drink, and activities for kids such as crafts, coloring and games. Chicago, for example, even dyes its river green. The traditional St. Patrick's Day meal, at least in the U.S. is corned beef and cabbage. In Ireland itself, it is more likely to be lamb or bacon with potatoes.

The Shamrock and the Blarney Stone 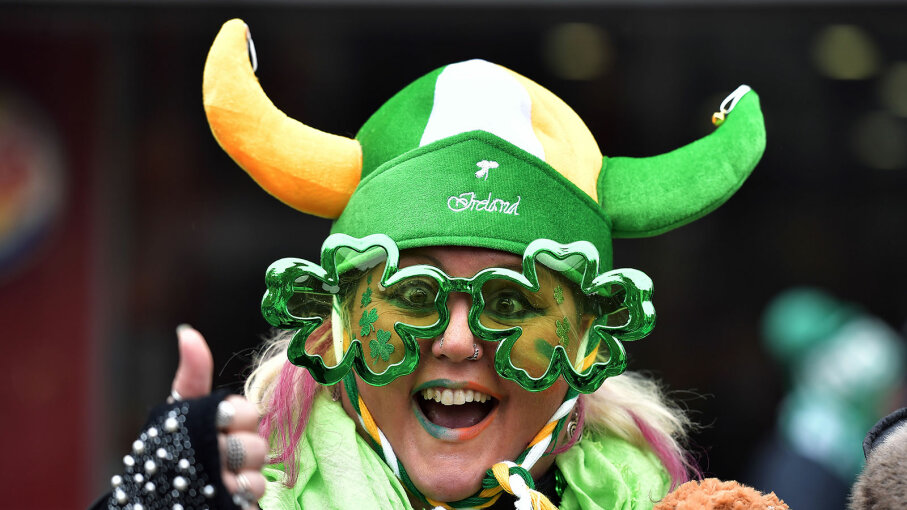 According to Encyclopedia Britannica, a shamrock is "any of several similar-appearing trifoliate plants (plants whose leaves are divided into three leaflets). Common shamrocks include the wood sorrel (Oxalis acetosella) of the family Oxalidaceae, or any of various plants of the pea family (Fabaceae), including white clover (Trifolium repens) and suckling clover Trifolium dubium." According to Irish legend, St. Patrick chose the shamrock as a symbol of the Holy Trinity because of its three leaflets bound by a common stalk. Wood sorrel is shipped in large quantities from Ireland to other countries for St. Patrick's Day.

The Legend of the Blarney Stone

There is a stone there, That whoever kisses, Oh, he never misses, To grow eloquent. 'Tis he may clamber, To a lady's chamber,, Or become a member, Of Parliament.

Just northwest of the Irish village of Cork is the village of Blarney. The name Blarney is derived from the Irish An blarna, "the plain." Blarney is home to the 90-foot-tall (27.4-meter) Blarney Castle. The castle visited today is the third one built at the site and was erected in 1446.

Built on a rock, above several caves, the tower originally had three stories. On the top story, just below the battlements on the parapet, is the world-famous Blarney Stone. While its origins are unknown, the Blarney Stone is said to give the gift of eloquence (beautiful speaking ability) to all who kiss it. Today, "Blarney" means "the ability to influence and coax with fair words and soft speech without offending."

Kissing the stone is quite a physical feat. You have to sit with your back to the stone, and a local guide or friend sits on your legs or firmly holds your feet. Then you lean back and down into the darkness between the castle's 18-foot-thick (5.5-meter) walls and, grasping the iron rails, lower yourself until your head is even with the stone.

One local legend claims that an old woman, saved from drowning by a king of Munster, rewarded him with a spell that if he would kiss a stone on the castle's top, he would gain a speech that would win all to him. It is not known, however, when and how the word Blarney entered the English language and the dictionary. 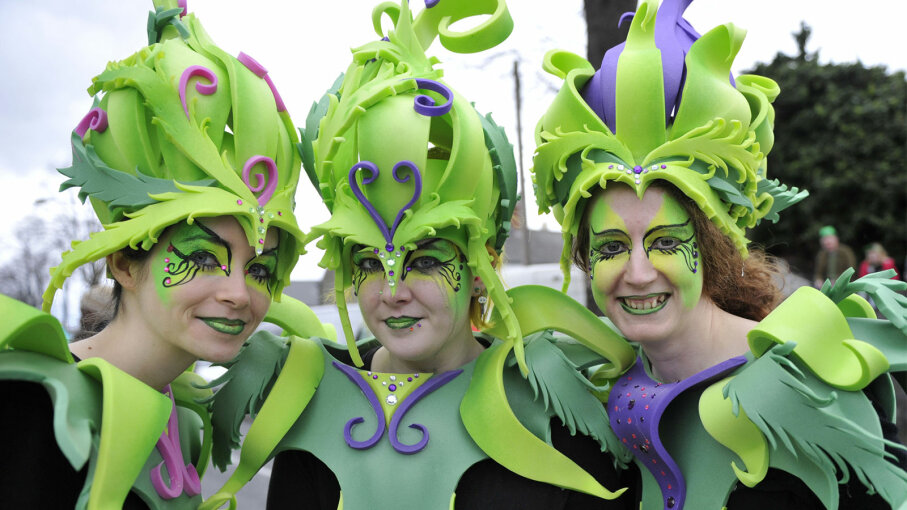 With parades, libations and more, people around the world don the color green and celebrate St. Patrick's Day each March. dagh Kilcoyne/Getty Images

Along with other immigrants, the Irish have been coming to America for centuries. Rich and poor, Protestant and Roman Catholic, fortune seekers and refugees, they have all sought a new beginning here. There are 32.3 million U.S. residents with Irish ancestry, according to a 2016 census. Famous Irish-Americans include:

Now that you know all about St. Patrick, the day named in his honor, and the legends associated with the celebration, go out and enjoy St. Patrick's Day – and don't forget to wear your green!

For more information on St. Patrick's Day and related topics, check out the links on the next page.