by Dave Roos Dec 3, 2019
Obituaries can be a great way to pay tribute to a loved one. Wikimedia Commons/HowStuffWorks

My in-laws are in their early 70s, and they're still subscribers to their small-town daily newspaper. The first thing they do every morning is flip to the obituaries section, curious if they recognize high-school classmates or neighbors among the faces and names of the recently deceased. They're not alone.

For more than 250 years, newspapers have published obituaries to announce the deaths of the famous and familiar. Obituaries fulfill a unique role in local communities and broader society, both notifying the public of a passing and inviting them to join the collective mourning process.

As print newspaper circulation has declined sharply over the past 25 years, so have print obituaries. But the familiar format of the obituary remains, even as death notices move online to websites like Legacy.com or heartfelt posts on social media.

Ancestry, the genealogy website, recently upgraded its online obituary archives to include more than 262 million published obituaries dating back to the 1750s. Ancestry is now using AI algorithms to extract biographical data from centuries of obituaries — birth and death dates, geographical locations, parents' names and next of kin — to automatically populate subscribers' family trees.

The first obituaries were published in ancient Rome around 59 B.C.E. on papyrus newspapers called Acta Diurna (Daily Events). But these death notices didn't become prevalent until much later. Brian Hansen, senior vice president of emerging businesses at Ancestry, says that if you look back at newspapers published in 1759, Ancestry's AI bots could only find four obituaries from more than 3,000 digitized pages. Those figures didn't break 100 obituaries a year until the early 1800s.

At the same time, newspapers regularly published stories about the deaths of well-known public figures like politicians, wealthy businessmen, artists and other newsmakers, but those stories, written by journalists, were distinct from the shorter death announcements that evolved into the modern obituary.

The Obituary as Glowing Tribute

By the mid-19th century, newspapers were regularly publishing death notices submitted by local funeral homes. Before the Linotype machine was invented in 1886, every printed letter in the newspaper had to be set by hand, so papers were short and obituaries were brief.

A typical death notice from the Philadelphia Public Ledger dated July 3, 1851, was published under the blunt heading "Died." (All of these notices were taken from Genealogy Bank).

"MARY DUROSS, wife of Peter Duross, aged 54 years. The relatives and friends of the family are invited to attend her funeral, from her husband's residence, No. 1 Wall Street, above Catherine below Passyunk Road, on Friday morning, 4th inst., at 8 o'clock, without further notice."

Sadly, infants and young children died in large numbers in the 19th century of now-curable illnesses and disease. Unlike adult obituaries, which stuck to the facts, a child's obituary may have included a brief verse of poetry. Below Mary Duross' 1851 death notice is an entry for a boy aged 1 year and 11 months.

"Dear Richard's gone to realms above,

To receive his Savior's dying love."

By the height of the Civil War, published death notices increased to tens of thousands a year, says Todd Godfrey, vice president of global content for Ancestry. As more space and attention were given to obituaries, they began to serve as places for public expressions of mourning.

In the Feb. 7, 1865, edition of the Baltimore Sun, one death notice included a brief eulogy to a promising young man's life cut short at exactly 21 years, eight months and 10 days.

"The subject of this notice was married but six weeks ago. He had just embarked in business and possessed the health and vigor to render it profitable when the strong hand of affliction was laid upon him, and the form recently so manly was soon prostrate in death."

Genevieve Keeney, president of the National Museum of Funeral History in Houston, Texas, says that death notices published in local newspapers also functioned as quasi-legal documents. Since the newspaper was a public forum, a death announcement served to notify creditors who might want to file a claim against the deceased's estate.

With the automation of typesetting, newspapers expanded at the turn of the 20th century, and more space could be dedicated to death notices and obituaries. Like classified advertisements, newspapers charged a fee to publish obituaries and publishers quickly recognized that there was good money to be made from obituaries.

It was around this time, the 1930s and 1940s, that the modern obituary template took shape, says Godfrey. Here's where we start to see families and funeral homes writing death notices that adhere to a familiar four-part structure: death announcement, short bio, "survived by" section and funeral information.

If you look at the Obituaries section of the Richmond Times-Dispatch for July 3, 1938, for example, it's a mix of shorter death notices written by families and longer obituaries written by staff journalists and wire services like The Associated Press.

The shorter death notices had the deceased person's name as the headline, while a longer obituary, written by the paper, carried the headline, "Mrs. Susan Murdoch Dies; Rites Monday." Some of the obituaries had pictures of the deceased in their youth, a regular feature of today's obits. One obituary from 1938 was even written after the funeral and shares an account of the service — "Miss Mary A. Coleman is Buried at Bellamy."

The standard obituary template can be a tremendous resource for experienced genealogists and folks just starting out researching their family history, says Hansen of Ancestry. "An obituary is a like a miniature family tree," he says.

The standard obituary style remained fairly unchanged throughout the second half of the 20th century, but then things took a shift after the Sept. 11 terrorist attacks in 2001, obituary expert Susan Soper told NPR in 2018. In the months following the attacks, The New York Times published short narrative obituaries on each of the nearly 3,000 people killed that day.

"They were fabulous," said Soper. "Everybody was recognized as a whole person. And they had fun anecdotes, they made you cry, they made you smile. And to me, that was sort of when the tide turned in obituaries and people realized that you could bring a person to life and keep them alive in even a short written bio."

Soper theorized that these obituaries started a trend toward more honesty and openness in remembrances. Instead of using coded language like "he died at home" or "she died suddenly," families were opening up about a loved one's addiction or how clinical depression took their life. Families also use the obituary space to educate other young people and families about the opioid and suicide epidemics. Nowadays, obituaries also are more likely to mention that a same-sex partner or an out-of-wedlock child survives the deceased. And a few obituaries even go as far as to say the deceased will not be missed.

Now That's a Bad Obituary
When political activist Marcus Garvey suffered a stroke in 1940, a Chicago columnist wrote and published a premature obituary. When Garvey read the obituary, which described him as dying "broke, alone and unpopular," he suffered a second stroke and died.

How Manifest Destiny Stretched the U.S. From Sea to Shining Sea

Is That Animal Sanctuary You Want to Visit Legit? 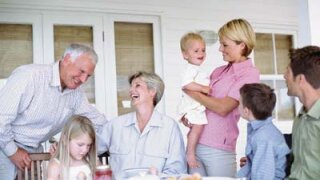 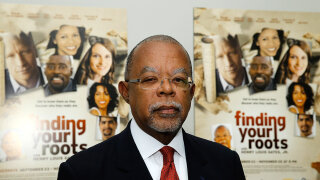 How to Start a Family Genealogy Search 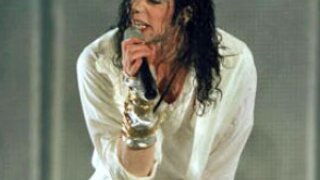