Other Issues in the Circumcision Debate 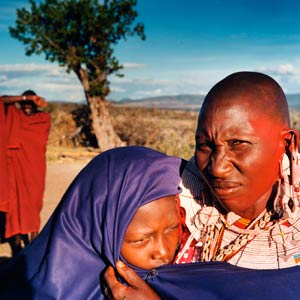 After this girl’s circumcision in November 2004, she is shown to neighbors to prove the surgery was successful. In the background is her future husband. She will be married immediately after her healing period is over.
Ziyah Gafic/Getty Images

Language of the Debate

Those ­who are against circumcision point out that the language of the debate is skewed toward the pro-circumcision side. For instance, using the term "uncircumcised" can lead one to believe that this is the unnatural state, or the exception to t­he rule. Anti-circumcision activists usually use terms such as "natural," "full length" or "intact" to refer to an uncircumcised penis.

Some men who were circumcised as infants desire to return to an uncircumcised state. While this isn't completely possible, due to the permanent removal of tissue with specialized cells and nerves, men can use surgical and nonsurgical methods to recreate a foreskin:

Female circumcision -- now more commonly known as female genital mutilation (FGM) -- is a cultural practice performed most often in Africa and the Middle East. It involves the unnecessary removal of the clitoris or the cutting or mutilation of any other part of the female genitalia. There is no medical reason whatsoever for doing such a thing. Between 100 million and 140 million women worldwide have been victims of FGM [source: WHO]. FGM may take place at any time between infancy and adulthood, though most often it occurs before or during adolescence. It can result in severe infection, the inability to reproduce, the need for corrective surgeries and many other recurrent problems, such as urinary tract infections.

It's performed for many of the same reasons as male circumcision -- cultural norms and the belief that FGM promotes marital fidelity later in life. Several health and human-rights organizations, such as the World Health Organization (WHO) and UNICEF, are acting to increase awareness of this problem, decrease cultural acceptance in the parts of the world where it is practiced and encourage practitioners to abandon the practice.