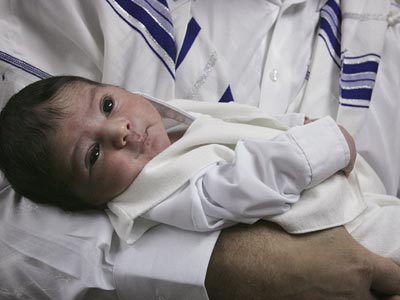 Shalom Hen, the father of eight-day-old Ofir Hen, holds his child during a circumcision ceremony by the local rabbi inside a bomb shelter on July 26, 2006, in Haifa, Israel.
Christopher Furlong/Getty Images

Supporte­rs of circumcision often give the following reasons for their belief in the practice:

In the next section, we'll look at some of the arguments against circumcision.