The Case for the Uncircumcised 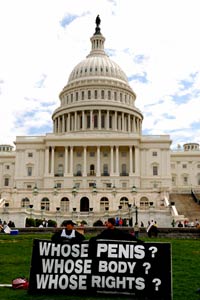 There are many­ who believe circumcision is a practice that is antiquated, unethical and unnecessary, if not outright barbaric. Here are a few reasons they provide for this viewpoint:

We'll look at some related issues in the next section.