History of the Census

Prev NEXT
The 1800 census included 16 states and territories. The ages of free white males and females were recorded in several age categories. Indians, slaves, and free blacks were not divided into age groups. U.S. Census Bureau

The concept of a census, or counting of residents, is an ancient one dating to biblical times – at least nine censuses are mentioned in the Bible.

Some say the first census ever taken in North America was in 1576, 200 years before America gained its independence from the British [source: Merry]. Spanish King Philip II, who wanted information on some of his colonies and what taxes they paid, sent American Indians through what is now Mexico with a list of 100 questions. The Indians spoke no Spanish, so they recorded the answers in hieroglyphs (pictures) and made maps the same way.

Others say the first North American census was taken in Canada (in what was then New France) by Jean Talon on behalf of the king of France. Talon went door to door during the winter of 1665-66 and counted 3,215 people of European descent [source: Statistics Canada].

Since 1790, U.S. national census information has been taken every 10 years (in years ending in zero) because it is mandated by the U.S. Constitution and necessary to determine each area's representation in the House of Representatives. In 1790, George Washington signed the act into law [source: U.S. Census Bureau]. While the Constitution describes the census simply as an "enumeration of inhabitants," the census has evolved into a more comprehensive — and useful — process for understanding the habits of people living in the United States.

According to Judy Hanna Green's guide "Finding Treasure in the U.S. Federal Census," the primary goal of the original 1790 census was to provide information on men eligible for the military. On the heels of the Revolutionary War, the new American citizens were especially conscious of the importance of a strong military. Later, during the War of 1812, much of the 1790 census was destroyed by fire.

In the first national census, 650 U.S. marshals went house to house unannounced on horseback all over the nation to count people, writing with quill pens on any scraps of paper they could find. The cost of that first census project was $45,000 [source: Washington Post]. Compare that with the 2020 census, which is projected to cost $15.6 billion or close to $100 per U.S. household [source: GAO].

Places included in the first census were the original 13 states plus the districts of Kentucky, Maine, Vermont and the Southwest Territory (Tennessee). Six questions were asked, namely [source: U.S. Census Bureau]: 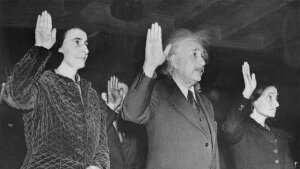