by Alia Hoyt
START COUNTDOWNNEXT
Start the Countdown
Even the FBI originally thought there was a conspiracy surrounding the assassination of Martin Luther King. But further investigations did not bear that out. © Bettmann/CORBIS

The U.S. government was created to establish democracy in the "land of the free," which is a pretty great ideal, right? Unfortunately, conspiracy theorists believe that the noble intentions of America's forefathers have strayed widely into oppressive territory, hell-bent on manipulating events and people, punishing activists, whistleblowers and journalists, and keeping down the poor and otherwise downtrodden [source: Hintze]. Whatever you think about the government (and I'm betting you have a multitude of your own opinions), could there possibly be any credence to the allegation that the U.S. Public Health Service claimed they were treating black men for syphilis for 40 years ... but didn't actually do it? Or that U.S. and Canadian citizens were unknowingly being treated as guinea pigs when the government was testing the effects of LSD [source: Sterbenz]? Sadly, these and a number of other reprehensible statements that were once simple conspiracy theories are actually true!

Proof of such long-held claims, which typically become public years later when previously sealed documents are released, is one reason conspiracy theories about the government doing very nefarious things flourish. Another is the massive explosion of the Internet in recent decades, which makes it easier to spread ideas and information (both legitimate and totally wacky) on a wide scale. Here are 10 conspiracy theories about the U.S. government that many people continue to believe, even though the proof is sketchy or nonexistent. 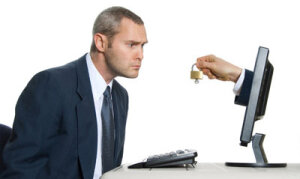 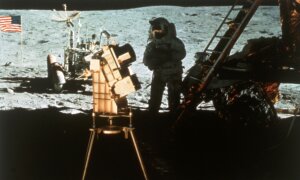 Why Do Some People Believe the Moon Landings Were a Hoax?