On June 2, 1947, Earl Tupper filed a patent for the "E.S. Tupper Open Mouth Container and Nonsnap type of Closure Therefor" [source: Kealing]. An inventor since adolescence, Tupper already held a number of filings with the U.S. Patent Office, but this one would prove to be his golden ticket to greatness in business and mid-century American culture. The airtight sealing bowl described in that patent, originally branded as the "Wonderlier Bowl," would become the cornerstone product of the beloved Tupperware line of plastic kitchenware.

First, though, Tupper had to get his hands on some plastic. During World War II, polyethylene and other higher quality plastics had been diverted to military manufacturing. After the fighting ended and troops returned stateside, Tupper envisioned a revolutionary role for the light, flexible product. While running his own plastics manufacturing company in 1945, Tupper obtained some polyethylene plastic from Dupont, his former employer, and was determined to find a novel use for it [source: PBS]. Resistant to corrosion, leaks and breakage, polyethylene struck him as an ideal food storage material. After two years of testing dozens of temperatures and pressures to soften and reform the oil-based plastic, the chemist discovered the prime combination for injection molding polyethylene into bowls, lids, tumblers, plates and other kitchenware shapes.

Around the same time that Tupper was obsessively tinkering with polyethylene, a direct sales company called Stanley Home Products was perfecting its product demonstration tactics. Bigwigs at Stanley noticed that salesman Norman W. Squires had reaped record profits by gathering groups of potential shoppers together in casual, party-like settings to show off the merchandise [source: PBS]. Rather than going door-to-door like everyone else, Squires began hosting home product parties and developed the strategy for the companywide "Hostess Group Demonstration Plan" [source: PBS].

Little did Tupper know that Squires' ingenious group demonstration method would eventually save his beloved Wonderlier Bowls and other polyethylene products from stagnant in-store sales and spawn one of the most iconic rituals in 1950s suburban America -- the Tupperware Party.

In the time that it takes to read this sentence, a handful of Tupperware parties all across the world have probably just started. The company estimates that a new Tupperware party kicks off somewhere every 3 seconds, but the gatherings aren't limited to the American suburbs where they first took off [source: Brown]. Despite their kitschy reputation, Tupperware parties take place in more than 100 countries, with 520,000 happening every year in France alone [source: Brady]. The get-togethers have also become popular elsewhere, including in India, with Tupperware managers hosting 3,000 every week in Delhi [source: Westhead]. And that's only a snapshot of the total number of Tupperware parties happening across the Asian country, where tens of thousands of women sell the plastic products [source: Singh and Shankar].

To throw a Tupperware party, consultants first find a customer willing to host it in his or her home. The host then invites friends, coworkers, family members and other potential customers for a Tupperware-themed event, during which guests can get an up-close look at the various products. Often, Tupperware party organizers will serve and possibly prepare food and beverages in Tupperware products to demonstrate their usefulness. Guests can then place orders for their own Tupperware products, which the consultant will process. In exchange for opening up their homes, Tupperware party hosts typically receive merchandise gifts proportional in value to the amount of Tupperware sold.

Tupperware parties remain the primary sales vehicle for the plastic kitchenware, but in 1988, the company made a radical change by offering catalogue shopping for the first time [source: Louie]. Since 1951, parties had been the only outlet for people to purchase Tupperware. Yet as profits and the Tupperware sales force shrank in the early 1980s, the company decided to expand its sales strategy to include catalogues and has since opened up online sales as well. In fact, Tupperware consultants can now throw virtual parties, which allow guests to browse and place orders online during a designated time frame.

Although it's Earl Tupper's invention that made the Tupperware Party possible, he can't take credit for this brilliant marketing strategy. Although the initial credit for in-home sales parties goes to Stanley Home Products salesman Norman Squires, a divorcee from Detroit turned Tupperware Parties into an American institution and a revolutionary way for married women to earn income.

The History of Tupperware

In 1947, when Earl Tupper designed his first line of polyethylene kitchenware, which he dubbed Tupperware, TIME magazine raved about the plastic that could "withstand almost anything," and House Beautiful marveled at the simplistic, yet chic, design [source: Kealing]. Despite the welcome media reception, American homemakers, the target demographic of the revolutionary food storage units, weren't picking up the trend. However, some direct salespeople who peddled Stanley Home Products sniffed out a promising product in Tupperware and began showcasing the items as part of their merchandise parties known as "Hostess Group Demonstrations," or hostess parties, in the late 1940s [source: PBS].

One woman who began independently selling Tupperware was Brownie Wise, a divorced, single mother in Detroit with a knack for hostess parties. Back then, housewives often covered dishes of leftover food with shower caps, but Wise emphasized that there was no longer any need to use those bathroom accessories in the kitchen [source: Kealing]. With their patented locking lids that made burping sounds as they expelled air from the containers, Tupperware storage units were a 1950s kitchen revelation. Properly "burping" Tupperware to get an airtight seal, flipping Tupperware upside down to prove it didn't leak and dropping the unbreakable plastic bowls on the floor were typical parts of Wise's lively Tupperware presentations. Housewives took to Wise as well, and her profits quickly rose -- along with her salesperson profile.

In 1951, as Earl Tupper's novel wares gathered dust in American department stores, he took a cue from Wise and others successfully selling Tupperware at hostess parties and abandoned in-store sales completely. He shifted the business model to direct sales only and created Tupperware Home Parties. In what was a landmark decision given the dearth of women in corporate-level jobs at the time, Tupper appointed Brownie Wise general sales manager of the new Tupperware division. Three years later, with Tupperware a leading household brand under her guidance, Wise became Business Week magazine's first cover woman [source: Smithsonian Institution].

Wise turned Tupperware into a lifestyle brand that appealed to a post-War generation of middle class women. After World War II, women who had entered the workplace as men fought abroad were ushered back home to care for their children and veteran husbands. In the 1950s, 20 million Americans fled city life for idyllic suburbia, which was swarming with pleasant neighborhoods populated by stay-at-home mothers [source: PBS]. Wise recognized the value of those women not only as kitchenware customers, but also as a potent sales force. Employment opportunities for these housewives were minimal, and Wise developed the Tupperware Home Party system to cater to their schedules and interests. By developing hostess gifts and sales incentives, such as the annual Tupperware Jubilee sales celebration at the company headquarters, Wise built a booming direct sales enterprise focused on women selling to women [source: PBS].

But by 1958, relations between Earl Tupper and Brownie Wise had soured. Tupper was notoriously media shy, and Wise had become the public face of his company. Disapproving of her brand emphasis on femininity -- despite the fact that Tupperware was geared toward housewives -- and her management style, Tupper and the all-male Tupperware board fired Wise [source: Kelly]. That same year, Tupper himself cut ties with the company, selling it to Rexall Drug company (which eventually became Dart Industries before it merged with Kraft Inc.) for $16 million, and high-tailed it to Costa Rica [source: Alfred].

Vintage Tupperware has been lauded as culinary sculpture ever since the original Millionaire Line came out of the factory in 1947. Featuring 14 products, including tumblers, nesting bowls and their famous burping lids, Tupper's tinted his first polyethylene prizes either frosty white crystal or one of five pastel tones: yellow, blue, green, orange and pink. Art and design critics were dazzled by the slick plastic bowls and tumblers, and the Museum of Modern Art (MoMA) displayed the Tupperware Wonderlier Bowl as part of a kitchenware exhibit even before the brand became a household name in the 1960s [source: Kealing]. Though the company has struggled to retain cultural relevance, vintage Tupperware has never lost its appeal to the art world, as evidenced by its display in the MoMA yet again in spring 2011 [source: Labarre].

Today, Earl S. Tupper is immortalized in the Plastics Hall of Fame, and his vintage Tupperware pieces from the 1950s and 1960s have become collectors' items. A set of nesting bowls from the Millionaire Line can fetch about $45 on the antiques market [source: Fendelman]. Plenty of people also hang on to their retro pastel polyethylene, including Jell-O molds, salt and pepper shakers and deviled egg trays, which they either inherit from childhood kitchens or collect as adults. For all of its kitsch, vintage Tupperware, as it radically altered food preparation at home and gave housewives a way to bring in extra income to put dinner on the table, has also come to symbolize 1960s domesticity in the United States. Not to mention, plenty of older Tupperware remains in use, a testament to the plastic's durability.

The company has expanded its product offerings over the years to fulfill cooks' needs in American and international homes, creating, for example, culture-conscious offerings such as a rounded bread bin to accommodate circular loaves common in Indian kitchens. However, the Tupperware design aesthetic remained largely untouched until designer Morison Cousins gave it a facelift in 1990. In order to improve ease of use, particularly for elderly consumers, Cousins altered the Wonderlier Bowl's signature sealing top to include an enlarged opening tab and contrasting colored lid to the storage unit [source: Center for Universal Design].

Since then, Tupperware Brands has continued broadening its plastic pantry of products to include more innovative containers and cookware in a rainbow of color schemes. But without the uncanny success of Brownie Wise and her phenomenal Tupperware Home Parties, Earl Tupper may have never moved his polyethylene products into the mainstream. 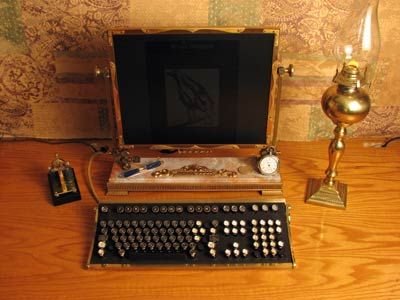 Up Next
How Steampunk Works
Explore More 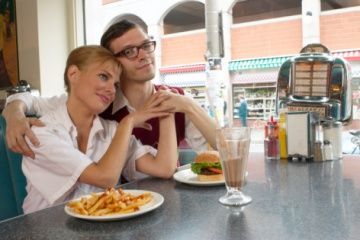 You May Like
How Sock Hops Worked
Explore More 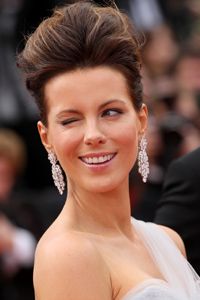