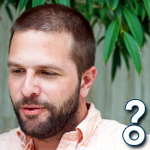 During the 2008 presidential race, I landed a lot of political articles. I wrote extensive articles on Barack Obama, Joe Biden, John McCain and Sarah Palin. I wrote about processes like caucuses, senate confirmations and presidential pardons and nuances like superdelegates and 527 groups. But I learned the most when I wrote How Political Primaries Work.

It had it all: the progressives combating the elite for control of the White House, the creation of a new political process and its complication with the addition of the added layer of delegates. The story of political primaries also includes its corruption, with the prospect of a select few once more regaining a disproportionate say through superdelegates -- single delegates who represent large numbers of voters. All the while, the states holding the primaries are falling over one another to have theirs first, which extends the political season by months and effectively removes the chance of any underfunded candidate from making a serious bid for the White House.

I found political primaries to be a satisfying article to research and write because it's such a microcosm of the American political process as a whole.