The Golden Age of Piracy 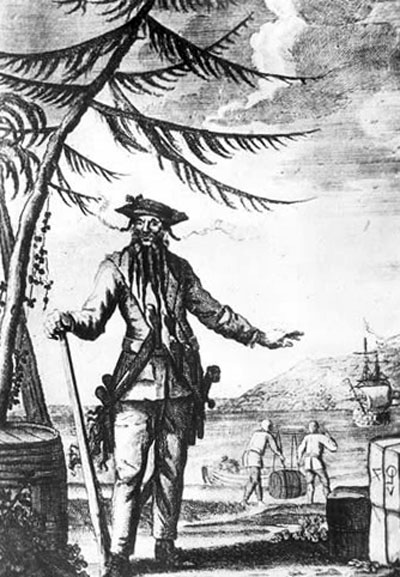 Sources disagree about the exact dates of the Golden Age of Piracy, but most place it at the end of the 17th century and the beginning of the 18th century. Blackbeard, possibly the most well-known historical pirate, sailed during this period. Calico Jack, who sparked controversy by allowing women pirates Anne Bonny and Mary Reade on his ship, was a Golden Age pirate as well.

Piracy peaked between 1690 and 1730 for several reasons. There were lots of ships to attack -- they carried slaves from Africa to the Americas and sugar, rum and other goods from the Americas to Europe. Additionally, the English and Dutch governments had used privateers during the War of the Spanish Succession. When this war ended in 1714, many privateers turned to piracy rather than accepting a less affluent life as a sailor on a merchant ship. New colonies on the American coast did not generally have the means to defend themselves against pirate attacks, so they became easy targets.

Golden Age pirates had many of the qualities that people associate with pirates today:

In the next section, we'll look at the types of ships pirates used.

Like many blueprints of the USS Enterprise, Golden Age pirate ships didn't have bathrooms. Instead, they had seats of easement in the beakhead, a platform at the fore of the ship. Ships without a beakhead used pipes to carry waste from the seats to the ocean.