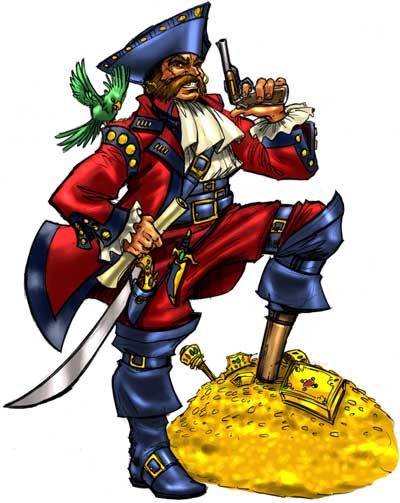 In general, piracy has been prevalent in all parts of the world that have relied heavily on sea trade. For example, Chinese texts record pirates in the South China Sea beginning with the end of the Han Dynasty in 220 B.C.

But these historical pirates didn't really resemble the swashbuckling, aquatic Robin Hoods many people imagine when they think of pirates. Today, the word "pirate" conjures up a pretty specific image of a man with:

This modern concept of the quintessential pirate comes from two primary sources: The Golden Age of Piracy, which lasted from the mid-1600s to the early 1700s, and books like "Treasure Island" and "Peter Pan."

We'll look at each of these in more detail in the next section.

He Is Not the Dread Corsair Roberts

Some people use the words "pirate," "buccaneer" and "corsair" interchangeably, but the terms have very different meanings: