Birthplace of the Ninja 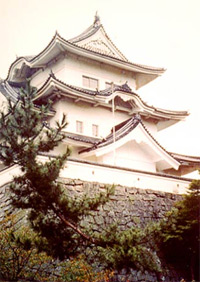 ­The r­egions of Iga and Koga in Japan are considered by many to be the birthplace of the ninja as a major force in Japanese warfare. The men who belonged to the clans that ruled the area hired themselves out as mercenaries, fighting for whichever daimyo, or lord, paid them the most. The Iga and Koga ninja often worked for daimyo that they had been hired to attack just a few years earlier. This reputation as disloyal mercenaries became a trademark of the ninja, running in direct opposition to the bushido code of the utterly loyal samurai.

The Iga ninja had another reputation, however -- one that ensured their continued use in Japan's feudal wars. They were known as experts at infiltrating castles. With their stealthy skills, they could obtain secret information, sabotage enemy supplies, or steal food and weapons. These skills were passed on from father to son. For generations, warring daimyo knew that the best ninja in Japan could be hired in Iga and Koga.

Today, Iga-Ueno, a city in the Iga region, has capitalized on the popularity of ninja. The Hakuhojo White Phoenix Castle serves as a ninja museum, with a display of ninja weapons and costumed actors performing ninja attacks. The city holds a ninja festival every year on the first Sunday in April, with ninja parades and events in local parks.

The Iga ninja didn't always have to sneak into enemy castles. Sometimes they walked right in the front gates. To get into one castle, a group of ninja stole a paper lantern bearing the badge of the enemy daimyo. They then made replicas of the lanterns, and marched straight into the castle bearing their fake lantern badges. After setting the castle on fire, they quickly escaped. The damage they dealt was two-fold: In addition to the fire, the daimyo thought traitors within the castle had caused the damage, spreading confusion and paranoia in the enemy ranks.