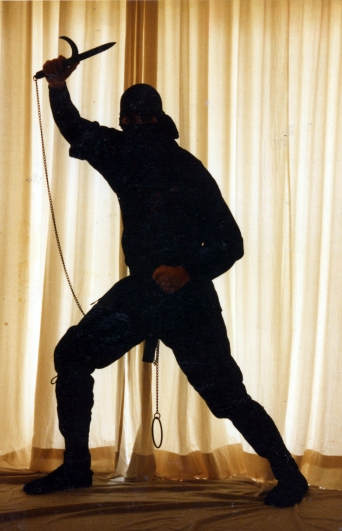 Ninja were said to fade into the shadows, hiding under cover of darkness.
Photo courtesy Rick Tew’s College of Martial Science

O­ver the centuries, the ninja's fearsome reputation grew and grew. Eventually, the stories and legends surrounding them took on supernatural qualities. This happened in several ways:

­The ninja did little to discourage the myths that sprung up around them. These mythical superninja supposedly were: