The Science of Matchmaking 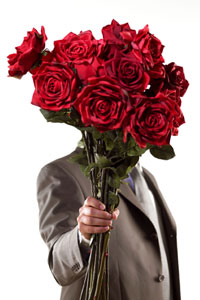 Whether matchmakers play Cupid as a profession to make money, an adherence to religious doctrine or a following of cultural custom, they often share a common ingredient of how to spot Mr. or Ms. Right: common background. Generally, matchmakers will seek out people who come from similar socioeconomic stratums, nearby geographic locations, identical education levels and so forth. These unromantic basics are the primary determinants of whether a matchmaker foresees a fit, and for good reason. Although "opposites attract" has become a well-trod trope, and unlikely pairings seem to make for the most enchanting stories, those are the exceptions to the rules of human mating. The tried-and-true bond of long-term relationships isn't a fleeting sexual fizzle but mutual upbringings and experience, or assortative mating in academia speak [source: Toledo]. Mutual attraction and interpersonal chemistry are merely the set dressings that transform a platonic relationship into a loving one for the long haul.

The Westernized notion of marrying for love and passion might actually be an example of the blind leading the blind. Caught up in the dizzying sparkle of the moment, people might not realize that the foundational aspects of long-term relationships are missing and look before they leap over the threshold into marriage. And while the lovelorn might have an ideal list of qualities they believe add up to their perfect partner, research suggests that those must-haves might be off-base [source: Gerstel].

A study published in 2008 in the journal Evolutionary Psychology highlighted a disconnection between the types of partners participants idealized and the specific qualities they sought out [source: Dijkstra and Barelds]. Whereas men and women described their dream dates as having a similar personality, the components of what they were looking for -- conscientiousness, extroversion, stability -- were more complementary, leading the researchers to conclude that people may lack self-awareness in understanding the type of person who would best suit their needs.

On the other hand, romantics can take heart in a 2012 analysis of online matchmaking published in the journal Psychological Science. Virtual matchmakers pair up profiles on the basis of complementary personality traits and interests, but lead author and Northwestern University psychologist Eli Finkel found the algorithms lacking [source: Herbert]. While both online and real-life matchmakers can follow the rules of assortative mating, they nevertheless miss out on the spice that distinguishes friends from lovers: relationship aptitude. In short, relationship aptitude denotes the combination of life factors, personality and interests that ignites a unique chemistry and desire for intimate companionship between two people. It's the secret ingredient in the otherwise predictable recipe for compatibility.

Professional matchmakers are trained to predict whether people will discover relationship aptitude, but it can be hit or miss, of course. By helping clients, family or friends sharpen their sights toward potential partners who have those foundational assortative mating criteria, however, they can very well prod the willing toward a happily ever after.

I'll admit that I don't have a lot of personal faith in matchmakers. No, I've never employed the services of a professional matchmaker, but anecdotal evidence from friends attempting to play Cupid suggests that it isn't so easy to set up people successfully. Nevertheless, matchmaking is big business these days, whether it's through online dating or real-life professionals who earn their livings from steering people toward romance. An examination into the matchmaking process also reveals that it isn't so much about lining up dates but helping ensure that clients are fully prepared for the dating world, understanding how to conduct and present themselves to potential partners. After all, romance is far more complicated when people are expected to follow their hearts rather than follow the steps toward arranged marriage and nod their heads to a pre-selected partner.