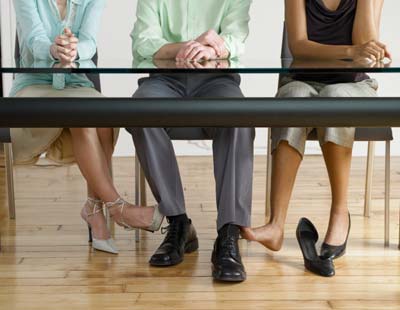 Imagine that you have no idea what flirting is. If you haven't flirted yourself or seen it happen (either in real life, in the movies or on TV), you might wonder exactly what those two people are doing. They're showing interest in each other, but they don't actually come out and say it. In fact, it's usually considered crass and crude to do so. Instead, they dance around the issue -- joking, complimenting each other and using physical cues to show their true intentions.

At its most basic, flirting is simply another way that two people can closely interact with each other. But when you get into the intention behind flirting and exactly what flirting entails, things get much more complicated. It doesn't have to be romantic or sexual -- sometimes, it's just friendly banter without any other intentions. Sometimes one person has romantic intentions and the other one only has sexual ones, or doesn't even realize that he's being flirted with.

­­Misunderstanding the signals can lead to some uncomfortable and embarrassing situations. The most important aspect of flirting is the intention behind it. Sometimes the words used are very innocent, but the speaker's delivery, expression or mannerisms make them appear flirtatious. It can be difficult to know when someone is flirting with you or who might be receptive to your flirting.

In this article, we'll examine the standard signs of flirting. We'll also look at the biological factors that lead to flirting and explore how flirting has changed through the years.