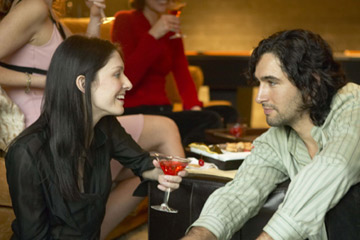 The 1989 movie "When Harry Met Sally…" features several elderly couples speaking to a documentary filmmaker about how they fell in love. These couples seemed to know instantly that they were meant to be together forever, though for some of them, there were a few challenges (and other partners) to overcome. That immediacy was not how it worked for Harry and Sally; the meeting referenced in the film's title wasn't filled with fireworks or long romantic gazes. Neither party walked into a room, spotted the other one and was overcome by certainty that he or she was the one.

For Harry and Sally, it was a long path to romance, which makes them a rarity among Hollywood soul mates. How many movies have you seen where a glimpse across the room is enough to convince a protagonist that the search for love is over? Sometimes, such a scene can seem insane -- how can he be in love with someone he hasn't even spoken to? How can she be so dumb to mistake that feeling for anything else but lust? But the feeling of love at first sight isn't limited to film, because there are plenty of couples who claim to have experienced the sensation in real life as well.

Hollywood directors aren't the only ones who have grappled with whether love at first sight is possible. Neuroscientists, anthropologists and evolutionary biologists have also explored the question, and we'll focus on their work in this article. Read on to find out what fruit flies and blind people can teach us about love. 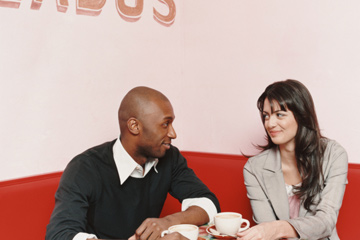 On the last page, we talked about how age-old signs of fertility can make our brain (and perhaps our sexual organs) take notice of another person. But you might be saying to yourself that love is more than a physical attraction to someone, and it's true that other things are going on when you first encounter a potential mate. For one thing, without sensing it, your brain is sizing up this person against all other past loves. If you're taking notice of a guy with a baseball cap, your brain may nudge you with, "Hey, remember that last man you dated who wore baseball caps? That didn't go so well." Or, your brain may be measuring visual cues against stereotypes about socioeconomic status. If you're spying someone with a briefcase and a business suit, your brain is helping you conclude that this person may work a lot, but at least they can afford a few nice dinners every now and then. Though this insight may disappoint romantics, your brain is only trying to protect you and your assets so that you don't date a broke man who wears baseball caps like your last dud of a boyfriend.

While you're making small talk, you're sizing up his or her voice. A male who speaks deeply and quickly, for example, is likely to be rated as better-looking and highly educated by women around him, according to some studies [source: Fisher]. And of course, if your date is saying things that jibe with your worldview, then you're going to be further besotted. Though we often hear that opposites attract, scientists say it's far more likely that we practice assortative mating, which is partnering off with people who are similar to us. Successful couples may share the same religious values and tax bracket, and they tend to be "in the same league," looks-wise. Yes, what you learned in high school is true -- the pretty people tend to stick with their kind. One study found that people tend to choose people who have the same level of body fat [source: Rowett Research Institute].

Of course, we don't want someone who's too much like us, genetically -- remember our ancestors' mandate to find someone who could make a baby with the best chance of survival? That's why researchers believe that smell is involved when we're sizing up the opposite sex. On the next page, we'll consider why love at first sniff is just as important as love at first sight.

Love at First Sight -- for the Blind

In a 2009 BBC article, blind writer Damon Rose wrote about how the sightless fall in love. As you might imagine, a good voice has a lot to do with it. But Rose pointed out that blindness doesn't exempt people from shallowness. He provided several examples of blind people who were enamored with a certain person -- until someone else alerted the blind person that the companion was unattractive. Not that explaining your attractiveness will help you win a blind person's heart; Rose said he found people who talked about their looks egotistical, which makes us wonder, are blind people the pickiest daters of all? 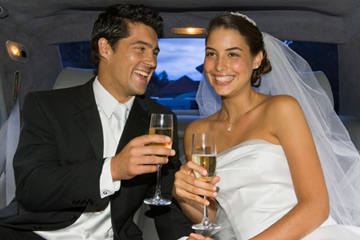 Want to learn more about love? We've got plenty of links on the next page to get you started.