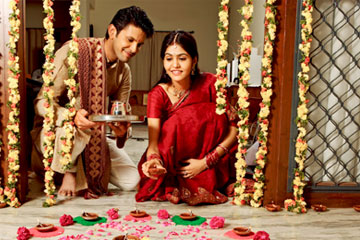 Religious faith has long held a strong link to matchmaking and arranged marriage. In Jewish tradition, God was the original matchmaker, creating Eve out of Adam's rib so that the two could share company and procreate [source: Kadden and Kadden]. Therefore, matchmakers held a prominent position in Jewish history. Fathers customarily bore the responsibility of selecting adequate grooms for their daughters and might request assistance from a local matchmaker, or shadchan, to seek out an eligible bachelor. Matchmakers may then team up with rabbis to pair young men and women in the community, something that still takes place in orthodox communities.

The Torah dictates payment to a shadchan, but that doesn't always happen; some Jewish matchmakers will refuse to accept any remuneration, considering it their divine calling they pursue as a form of charity [source: Sherwood]. Similar to secular professional matchmakers, Jewish shadchans might inquire around to find out about a young man's character, personality, religious observance, family and professional prospects before proceeding with the fix-up. Jewish matchmaking focuses more on shared family background and kindred morals than romantic attraction, and, likewise, the relationship-building is reserved for the post-nuptial years. For that reason, once the preordained couple meets, they aren't expected to carry out an extended courtship, and the young man may pop the question after only a couple months, if not sooner.

In Southeast Asia, arranged marriage remains a common custom, and the family often functions as matchmaker. With marriage a cornerstone establishment of the Hindu faith, the matchmaking tradition has existed in India, for instance, since the fourth century, and even in the 21st century, about 90 percent of Indian marriages are set up [source: Toledo]. Boys' families are generally the ones that initiate a search for a bride and may also solicit a matchmaker to ensure that a girl's family line and astrological signs are compatible [source: Flanigan]. Younger, more urban generations have sought more autonomy in their romantic lives, but even in the United States, some Indian singles continue to keep the family involved in their marital decisions, allowing them to vet or even choose potential suitors [source: Jain].

Marriage can also be a group effort within Muslim communities around the world as well. Older women nicknamed "aunties" and family members may play matchmaker by identifying potential mates in their social networks [source: Abdulrahim]. Afterward, relatives arrange chaperoned meet-ups between the possible bride and groom. If it isn't a match, however, either party is permitted to give a thumbs down on the marriage-to-be, in accordance with stipulations in the Koran [source: DePaul and Williams].

Though match-made marriage might seem archaic by Western standards, statistically, they're far more successful than love-made unions. As the United States decries its abysmal divorce rate that hovers around 50 percent, a slim minority between 5 and 7 percent of arranged marriage dissolve, which could be partially attributed to cultural, religious or legal restrictions against divorce [source: Toledo]. Consequently, that stark gap has led some to wonder whether people are all that good at picking partners, or whether outside parties can better spot a long-term spouse.

Perhaps due to the matchmaker character Yenta in the popular musical "Fiddler on the Roof," the Yiddish word yenta is sometimes -- and incorrectly -- used interchangeably for "matchmaker." The correct Yiddish term for a matchmaker is a shadchan for a man and shadchanit for a woman [source: Joffe-Walt]. In fact, yenta, merely refers to an old woman with a penchant for gossip, much like the fictional Yenta, who also happens to be a shadchanit.