In Orthodox Jewish communities, matchmakers have paired up couples for centuries, but their niche profession entered into the American pop culture lexicon in 1964. That year, the musical "Fiddler on the Roof" debuted on Broadway, scoring nine Tony Awards and being adapted into a 1971 Academy Award-winning film [source: Berkvist]. Among the popular show tunes included in the production, the wistful "Matchmaker, Matchmaker" features a girl named Tzeitel pining for a handsome, romantic suitor, rather than a dispassionate arrangement. Cultural tradition would have dictated that a local matchmaker named Yenta find a prospective husband for Tzeitel, rather than allowing fate -- and sexual chemistry -- to take its course.

Set in the early 1900s, "Fiddler on the Roof" takes place during a time when marrying for love was still a relatively new phenomenon even outside of cloistered religious communities. Until the Enlightenment and the Industrial Revolution in the West, marriage was widely perceived as an economic tool rather than an amorous union [source: DePaul]. From nobility on down to the lower classes, parents strategically fixed up their children in order to secure or expand property, reap wealth from bridal fees called dowries, continue blue bloodlines and, in families rich in daughters and short on cash, to alleviate the financial burden of having to feed and clothe women whom at the time couldn't strike it out on their own. Historically, marriage in which two people meet serendipitously and get hitched is very much the exception to the rule. Although Yenta the matchmaker in "Fiddler on the Roof" is portrayed as the enemy of Tzeitel's girlish longing, her role of scheduling nuptial destiny is far more common than an audience might think.

Around the world, roughly 60 percent of marriages are arranged, often mediated by families as the result of cultural or religious custom [source: Toledo]. In laxer American society, setups are still routine. Just under 30 percent of heterosexual couples were first introduced by mutual friends playing Cupid [source: Rosenfeld]. An increasing number of people also have turned to the Internet to seek out long-term relationships, and as of 2009, online dating sites that serve as virtual matchmakers were the second-most common way for couples to meet; 61 percent of same-sex couples, in fact, found each other online [source: Rosenfeld].

But when all else fails -- or if there simply aren't enough hours in the day to hunt for a soul mate -- people can still call up their nearest Yenta and get a professional matchmaker on the case. 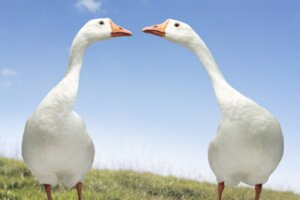 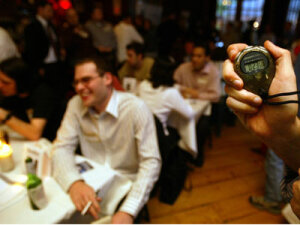 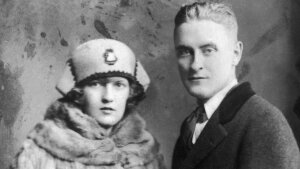