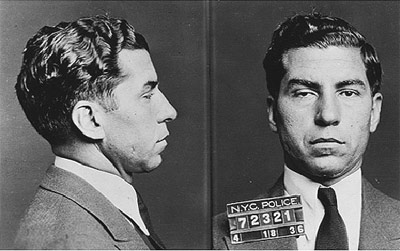 Sicilians and other Italians began immigrating to the United States in the 1800s, but a major wave of them arrived on American shores early in the 20th century. While the vast majority of them worked hard at building a new life for their family through legal means, some of them brought the ways of the Sicilian Mafia with them.

The first major Mafia incident occurred in New Orleans in the 1890s. A Sicilian crime family was pressured by the local chief of police, who was then murdered. When the mobsters were tried, they bribed witnesses and were acquitted. Anti-Italian fervor erupted, and a lynch mob went to the jailhouse. The mob shot or hanged 16 men.

Mafia families spread through the country in the first half of the 20th century, emanating from New York City, where five families vied for control. The era of Prohibition poured vast amounts of money into Mafia coffers as they sold illegal alcohol in speakeasies around the country. Their power during this period grew exponentially, and wars between the families broke out. There was an epidemic of Mafia violence in the early 1930s -- bosses and underbosses were assassinated regularly, with few bosses ruling their families for more than a few months before they got killed. The Luchese family went through three or four bosses in 1930 alone.

In the middle of this bloodbath (and helping to orchestrate much of it) was a mobster named Charles "Lucky" Luciano.

Luciano attained a position of great power throughout La Cosa Nostra, and he threw his support behind an idea that had been floating around for some time -- the formation of a multi-family commission that would approve Mafia activities nationwide.