The Development of the Mafia 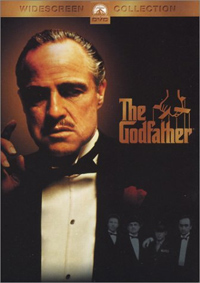 Several elements of Mafia life that have lasted for centuries first developed during the transition from a feudal to a modern form of government in Sicily. The phrase cosa nostra -- "our way" -- was used to describe the lifestyle of a Mafioso in Sicily. The shroud of secrecy that surrounded Mafia activities in Sicily became known as omerta, the code of silence. Mafia bosses used this code to protect themselves from the activities of the criminals below them in the organization. The practice of recruiting young boys into the Mafia, culminating with a final test, also stems from Sicily.

In the early 1900s, organized crime had so thoroughly infiltrated Sicilian life that it was virtually impossible to avoid contact with the Mafia. Dictator Benito Mussolini cracked down on the Mafia using harsh, often brutal methods. But when U.S. troops occupied Sicily during World War II, they mistook the many jailed criminals for political prisoners and not only set them free, but also appointed many of them as mayors and police chiefs. Before long, the Mafia had a firm grasp on Italy's Christian Democrat party.

In the postwar years, the various competing Sicilian families realized that their constant fighting was costing them money. They called a ceasefire and formed a group called the Cupola that would oversee the operations of all the families and approve all major enterprises and assassinations. A similar system would be put in place by the American families in the 1950s. While these committees did succeed in stifling gang wars for a time, they also left the bosses vulnerable to prosecution because with the Cupola in place, bosses personally approved murders.

The fight against the Sicilian Mafia came to a head in the 1980s. Two very prominent government prosecutors who had done a lot of damage to the Mafia were assassinated in bombings. The public was outraged, and the government eventually responded with the so-called Maxi trial. More than 400 Mafioso were tried in a specially built bunker. Large cells in the back of the courtroom held the defendants, who would often scream and threaten witnesses as the trial went on. Ultimately, 338 were found guilty.

This wasn't enough to stamp out Sicily's Mafia, however. In 1992, the Italian government sent 7,000 military troops to Sicily. They occupied the island until 1998. The Sicilian Mafia still exists today and is still active, but it is quieter and less violent.

In the next section, we'll see how the Mafia came to the United States.