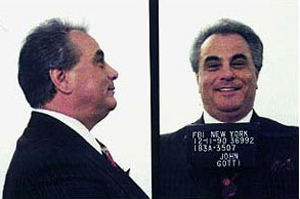 The ultimate point of the Mafia is to make money. Families use a variety of activities to accomplish this. One of the most common is also one of the simplest -- extortion. Extortion is forcing people to give up their money by threatening them in some way. Mafia "protection rackets" are extortion schemes. They tell a shop owner that she needs to pay them $100 a week so they can "protect" her from criminals who might demolish the shop or hurt her family -- the implication being that the Mafia members themselves are these criminals.

The Mafia makes money by participating in virtually any activity that is illegal. Illegal goods are expensive, untaxed and unregulated. Over the years, mobsters have dealt in alcohol during Prohibition, illegal drugs, prostitution and illegal gambling.

Sometimes, burglaries and muggings generate income, but the capos know that their activities need a grander scale to ensure maximum profit. This is why they hijack trucks and unload entire shipments of stolen goods. Another method used by Mafioso is to pay off truck drivers or dock workers, who will "misplace" crates and shipments that later end up in Mafia hands. The stolen goods could be anything from stereo equipment to women's clothing (a favorite of John Gotti early in his career).

One of the most notorious Mafia schemes was the infiltration of labor unions. For several decades, it is believed that every major construction project in New York City was controlled by the Mafia. Mobsters paid off or threatened union leaders to get a piece of the action whenever a union group got a construction job, and they sometimes made their way into the ranks of leadership themselves. And once the Mafia had its grip firmly on a union, it could control an entire industry. Mafioso could get workers to slow or halt construction if contractors or developers didn't make the right payoffs, and they had access to huge union pension funds. At one point, the Mafia could have brought nearly all construction and shipping in the United States to a halt. But the last 20 years have seen the federal government crack down on Mafia-union connections to a great extent.

The current structure of the Mafia took centuries to develop. To learn about the history of the mafia and to see how law enforcement has dealt with organized crime over the years, read on.