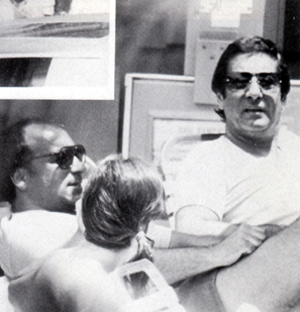 For legal officials to arrest and prosecute organized criminals, they need to find out what's going on in the organization. They can bust drug dealers or truck hijackers, but the family will just find new ones. They need to reach the top to really crack a family. And the best way to do that is by sending someone into the family undercover.

In an interview for the Web site Mafia-International.com, Pistone described how he became an undercover agent:

I grew up around wiseguys on the streets of Paterson, New Jersey, but I never got involved with them. I always worked all kinds of blue-collar jobs: in construction, in bars, driving tractor trailers. So before I went to college, I saw a lot of things and learned a lot. My first government job was with the Office of Naval Intelligence, investigating drug, theft, and espionage cases. I passed the FBI's entrance exams and became a special agent in 1969. Because of my background and training it became clear that my specialty was undercover.

Pistone was so effective that even when the operation put dozens of mobsters behind bars, his Mafia friends still thought he was a mobster-turned-informant, rather than an actual FBI agent. His story was made into the film "Donnie Brasco."

Undercover work continues to be an important part of the FBI's fight against the mob. A sting orchestrated by an undercover agent in Cleveland netted more than 40 corrupt cops in 1998. However, you will never hear of most undercover work -- the very nature of the job means that undercover agents use assumed names, refuse to be photographed and hide their very existence from the public eye.

For more information on the Italian mafia and related topics, check out the links below.