History of the State Governor 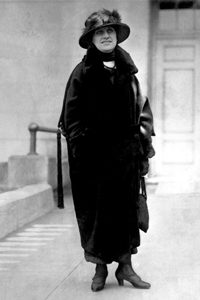 By the 1700s, the original 13 colonies were ruled by royal governors who were appointed by the British crown. Their duty was to represent the executive power of the English king. In fact, a royal governor was the subject of an important early battle over the freedom of the press. John Peter Zenger, a newspaper publisher in New York, wrote articles condemning Royal Governor William Cosby, which led to Zenger's trial -- and later acquittal -- for seditious libel, which helped establish the tradition of press freedom in America.

But being ruled over by a governor appointed by the king wasn't an arrangement most colonists were happy with. This, coupled with unfair taxation without representation and a host of other issues, is what eventually led to the American Revolution. At the end of it, nearly all the royal governors were tossed out or fled for their lives. However, the "governor" title was kept for the state's chief executive.

As the United States expanded westward, the federal government added new territories. Those new territories had governors who were originally appointed by the president, but upon gaining statehood, they switched to a system of popular election.

During the Civil War, the Confederate states continued to elect their own governors. But after the South lost the war, many of them vacated their offices and fled to Mexico.

Governors have marked important milestones in modern America as well. Nellie Tayloe Ross was elected the first female governor in Wyoming in 1925, and L. Douglas Wilder was elected in Virginia as the first African-American governor in 1989. Other governors have gone on to become U.S. senators, and some have even become president.

Each state has its own history, cultures and politics, and state governors have long played an important role in each state's historical record. Today, state governors continue that tradition by shaping local politics and making the government work for the people.

For more information about state governors, local politics and other related topics, follow the links below.