Why are eyewitnesses unreliable?

Eyewitnesses have become less important since the advent of DNA evidence.
Pool/Getty Images

In the movies, the eyewitness scene usually plays out one of two ways: The victim of a crime is brought into a police station to sit behind a one-way mirror and identify his or her assailant in a line-up. Or, the eyewitness dramatically points to the alleged criminal sitting smugly beside his court-appointed defense attorney during the trial. There may be some cross examination about how dark it was and how good the witness's vision is, but in the movies the eyewitness always picks out the right person.

Eyewitness testimony can play a big part in criminal court cases. Whether or not a person is convicted of a crime can come down to the reliability of an eyewitness and how confidently he or she conveys testimony to a jury. The problem is these eyewitness accounts aren't always accurate. The Innocence Project is a nonprofit team of attorneys and law students that re-examines questionable murder convictions with the hope of using DNA evidence to overturn the sentences of defendents who've been wrongfully imprisoned. In the first 130 cases the Innocence Project overturned, eyewitness testimony played a part in 78 percent of those wrongful convictions [source: Stambor].

Other tests have proven that eyewitnesses aren't as reliable as they claim to be, especially when those witnesses are older than age 60. In one study at the University of Virginia, participants between the ages of 60 and 80 performed far worse than college-aged students, which is not that surprising given aging eyesight. But the study revealed another startling find: The older eyewitnesses were also more adamant and confident in their wrong answers. So jurors not only hear unreliable testimony from an older witness, but they're likely more convinced of that testimony because of the eyewitness's confidence.

An eyewitness may not be reliable for several reasons -- and they don't all have to do with poor vision, although that's one of the leading reasons. In fact, tests performed on people with good eyesight have shown that at just 10 feet away, a witness may not be able to see a person's eyelashes. At 200 feet, the eyes themselves are a blur. At 500 feet, it's likely that no facial features can be distinguished. This seems logical, but murder cases have been decided in part based on the testimony of eyewitnesses who were more than 450 feet away from the perpetrator.

Aside from eyesight, researchers have found that stress can also affect an eyewitness account, as well as the ability to pick someone out of a police lineup. While officers aren't necessarily attempting to induce identification, sometimes the way the process is handled can have an impact. Photographic lineups can be handled in several ways. With one method, the alleged criminal is not included among the mug shots the eyewitness considers. This is called a simultaneous lineup. The problem with this method is that the eyewitness compares pictures to one another. So instead of looking at one picture at a time and making an absolute judgment, the witness uses relative judgment by comparing the faces.

Also, when the alleged perpetrator is not in the picture set, the eyewitness will often pick the person who looks most like the perpetrator he or she remembers, instead of stating that nobody in the lineup fits the bill. Some standards put in place over the years mandate police officers to state that the perpetrator may or may not be in the lineup. Police have also been encouraged to use sequential judgment lineups, where the eyewitness sees one picture at a time and makes a statement on each one. Studies have also shown that double-blind lineups, in which the officer doesn't know the suspect's identity, produce fewer false identifications.

The people used alongside the suspects in police lineups are called "fillers." Research has shown that using fillers who don't resemble the suspect can make the suspect stand out. It's also shown that people are prone to correctly identify members of their own race. Or to say it a different way: There are more false identifications when the suspect has a different skin color than the eyewitness.

Whether or not there was a weapon present at the time of the crime can affect the outcome as well. When a gun or knife is present, an eyewitness frequently concentrates on the weapon and not the details of the assailant's face.

Leading questions by police officers and attorneys also have an impact on the testimony of an eyewitness. This is why a judge can refuse a question and demand that it be rephrased in court. As more research is completed in the field of eyewitness identifications, no doubt more standards will be put in place to guide police officers during initial questioning. 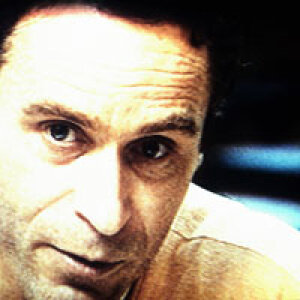 Do criminal psychopaths enjoy other people's fear or just notice it?