by Dave Roos Jul 9, 2016
This photo of protesters was taken after police officers arrested a bystander following the shootings in Dallas on July 7, 2016. LAURA BUCKMAN/AFP/Getty Images

The tragic killings this week in Louisiana and Minnesota have contributed more gut-wrenching eyewitness video footage to the ongoing public documentary of police brutality in America.

These latest disturbing bystander videos — shared and streamed across social media and replayed incessantly on TV — add the names Alton Sterling and Philando Castile to the litany of black and brown men and boys killed at the hands of the police and immortalized in YouTube clips: Eric Garner, Michael Brown, Tamir Rice, Walter Scott, Freddie Gray and more.

And now we have Dallas. Five police officers dead, more critically wounded, gunned down by a sniper who professed anger over the recent spate of police killings and took up arms in revenge.

With the Dallas shooter dead, we'll never know the full extent to which he was enraged and motivated by the graphic video depictions of police killing unarmed black men. But it's hard to overestimate the influence that cell phone video has made in mobilizing millions of Americans to rally against issues of police brutality within black and brown communities.

Jackie Zammuto is senior engagement coordinator with WITNESS, an international organization dedicated to training citizens in how to use video to expose human rights violations, including police brutality. She says that nothing compares to video's power to engage the public.

"Video has the ability to expose injustices in a way that simple words or testimony can't," Zammuto says. "These recent videos have mobilized people in a way that we haven't seen before. It's in your face; you can't deny that this is happening. It's not just one bad apple in the police department. So often, the communities that are targeted with police violence are also discredited when they do provide testimony or eyewitness accounts. Video is another way to back up what many communities know has been going on for decades."

In the Walter Scott case, for example, South Carolina police officer Michael Slager wrote a police report alleging that Scott grabbed the officer's Taser and was running at him at the time of the shooting. Before the advent of cell phone video, the truth would have been buried along with Scott. But thanks to bystander Feidin Santana, who released his cell phone video the next day to Scott's family and to the police after that, the footage clearly showed Scott running away from Slager when the officer put eight bullets into the victim's back. Slager now faces state murder charges and a federal civil rights indictment.

But cell phone videos of police shootings and killings don't always result in convictions. Eric Garner's attacker, who used a banned chokehold to subdue and ultimately kill the unarmed man, was never indicted. Michael Brown's shooter in Ferguson also was cleared of charges. Even the notorious video footage of the 1991 Rodney King beating failed to result in a conviction.

"They actually used the video frame-by-frame to say that Rodney King was attacking the officers," says Zammuto. "There's an interesting psychological phenomena that in many cases video only supports what people already believe. If somebody already believes that a black man is a perpetrator or a threat, they're likely to continue seeing him that way no matter what."

Of course, video may not tell the whole story either. It may not show the whole sequence of events, and it may not capture all of the people involved.

While the rash of recent police brutality videos is certainly disturbing, it's important to recognize that such killings are not new. The FBI is charged with keeping stats on justifiable homicide — the "killing of a felon by a law enforcement officer in the line of duty" — but those numbers are incomplete and don't take into account nonfatal injuries. The need to better track such incidents, though, has become a bigger priority.

Meanwhile, the best unofficial estimates we have are that police shoot and kill nearly 1,000 Americans a year, or roughly three a day, and that number has remained stable over the past few years. In cities like New York and Los Angeles, police shootings have actually dropped dramatically over the past decades.

"That data suggests that any perception that higher numbers of unarmed African-Americans are being killed by the police in recent months is driven by citizens' postings of unsettling cellphone videos and pictures," wrote The New York Times in 2015.

Which brings us back to the Dallas shooter. How much of his anger was fueled by the near-continuous cable TV loop of the violent last minutes of Alton Sterling and Philando Castile?

"There's no question that there's a value in that video being made public, but to the extent that it gets replayed and rewatched is not just doing a disservice to the public who is being barraged with this information," Zammuto says, "but of course to the families and the victims themselves who are being re-traumatized every time they have to watch their loved one die over and over again."

One of the active projects at WITNESS is to train journalists and media outlets on the safe and ethical handling of violent, politically charged or highly sensitive video footage.

Now That's Useful
WITNESS has published a handy guide for shooting eyewitness cell phone videos, including tips for verifying your time and location, and protecting your footage from warrantless search or seizure. Know your rights! 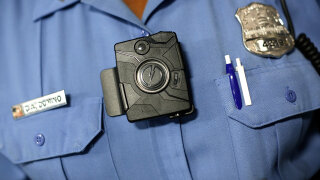 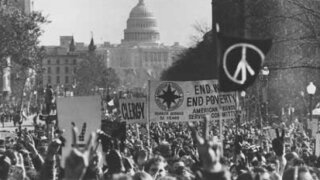 Can Police (Legally) Shoot Down Drones? 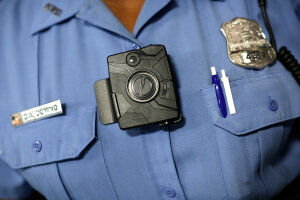 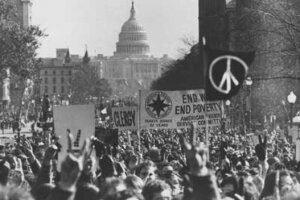