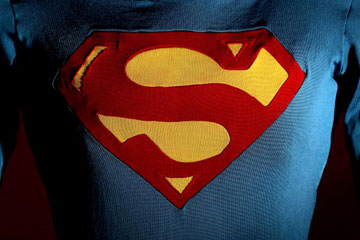 Christopher Reeve, who wore this costume in Superman III, was a hero onscreen and, later, off-screen, when he lobbied on behalf of people with spinal injuries after an accident left him a quadriplegic.
Mark Dadswell/Getty Images

In the epic poem "The Odyssey," which was written in the 8th century B.C., Greek warrior Odysseus becomes lost on his way home from the 10-year-long Trojan War and spends an additional 10 years fighting monsters and sorcerers and resisting temptations -- all so he can return home to protect his wife and family from men who are attempting to steal their fortune. During the story, Odysseus unflinchingly accepts divine punishment for his men's misdeeds, and relies on his guile and determination to survive. Most importantly, even though Odysseus knows the gods control his fate, he fearlessly struggles to return home to save the ones he loves.

To the Greeks, Odysseus was a hero, a word that is derived from the Ancient Greek term for "protector." But he was more than just that. The brave captain embodied the virtues and attributes that Greek society cherished and he provided a model for Greek people to emulate.

It's probably safe to say that most people in the modern world no longer fear that monsters lurk in unknown islands. But their need for fearless heroes has never faded. These days, some of our champions are soldiers who've shown valor in war, and astronauts who've risked their lives to explore space. We also see heroism in people who make life-saving medical discoveries, dedicate their careers to helping the poor and underprivileged, or labor to right social injustices. Therefore, in a greater sense, polio conqueror Dr. Jonas Salk, Mother Theresa and Martin Luther King, Jr., have a lot in common with ancient Odysseus.

We need heroes because they define the limits of our aspirations, writes Santa Clara University ethics scholar Scott LaBarge. To paraphrase his words, we define our ideals by the heroes we choose, and in turn, our ideals (courage and honor, for example) define us. Heroes symbolize the qualities we'd like to possess and the ambitions we'd like to satisfy [source: LaBarge]. For instance, a person who chooses women's rights crusader Susan B. Anthony as a hero will have a very different sense of what human excellence involves than someone who chooses, say, a model/actress contestant on a reality TV show [source: LaBarge].

Still, certain qualities tend to stand out as particularly heroic. For example, a Cornell University business school study of 526 World War II combat veterans found that the 83 individuals who were decorated for battlefield valor described themselves as loyal, self-disciplined, selfless and adventurous [source: Wansick, et al]. Other researchers have identified those same characteristics in leaders who transform organizations and societies.

Heroes are often brave and capable of leading others, and they resolve problems that confront society. And, importantly, they also tend to be risk-takers. According Temple University educational psychology professor Frank Farley, many heroic historical figures (think Franklin D. Roosevelt and Martin Luther King) are T-type personalities -- that is, habitual thrill-seekers who don't hesitate to place themselves in personal peril to accomplish a goal. Since many people don't take huge risks, they admire this quality in another person, and are even drawn to follow him or her [source: Psychology Today].

"Society is founded on hero worship," the 19th-century historian Thomas Carlyle once observed. Many people still believe that today and strive to make sure that people who embody the best values of our culture are held up as objects of admiration. Since 1904, for example, the Carnegie Hero Fund Commission has issued more than 9,000 medals to people who've risked their lives -- and in some cases perished -- in order to save another person from life-threatening peril. 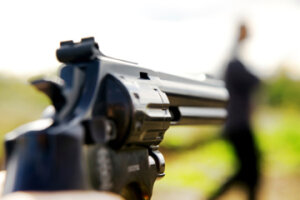 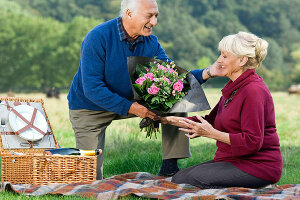