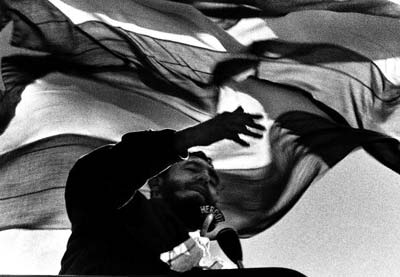 Due to the controversial, often violent and long-lasting nature of their regimes, dictators make the news. But recently it seems that they've been in the news more often. Fidel Castro resigned on Feb. 24, 2008, after ruling Cuba for nearly 50 years. Saddam Hussein led Iraq from 1979 to 2003 and was executed in 2006. Kim Jong-il of North Korea ordered his country's first nuclear weapons test in 2006, then pledged to shut down the program entirely the following year. In March 2008, Vladimir Putin, president of Russia, stepped down to the office of prime minister. A decade ago, political commentator Fareed Zacharia stated that dictatorships were "anachronisms in a world of global markets, information and media" [source: Foreign Affairs].

And yet, dictators still rule dozens of countries in the world. But you'll notice that Vladimir Putin's title was president, not dictator. Fidel Castro and Saddam Hussein were presidents of their respective countries. Kim Jong-il holds three official titles -- Chairman of the Defense Commission of North Korea, Supreme Commander of the Korean People's Army and General Secretary of the Workers' Party of Korea -- but none include the term dictator.

Many dictators don't usually call themselves dictators (although a few have). They can be presidents, prime ministers, chancellors or even monarchs. These rulers come to be known as dictators by the way that they wield their power. Although their regimes vary widely, most dictators have at least a few things in common. They don't usually come to power through free constitutional elections; they often take control during coups d'etats, revolutions or states of emergency; and they have absolute, sole power over their state.

When it was first used, however, the word "dictator" didn't have such negative connotations. We'll look at the basics of dictators through the ages, starting with ancient Rome.