Browse the article How does online streaming affect TV ratings? 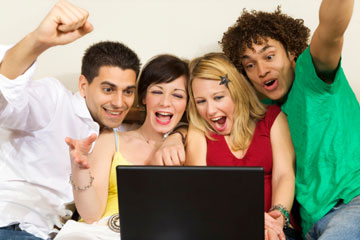 With the invention of online streaming of television shows, TV ratings have changed. After all, there should be a way to measure not only standard TV ratings, but also ratings for online viewing. Because so many people are now watching TV online, regular TV ratings have dropped, but this doesn't portray an accurate picture of how many people are watching a given show.

Currently, the Nielsen Company is just figuring out how to measure the online audience for TV shows. In spring 2011, the company, which sets the standard for TV ratings, is taking the first step in answering this question.

The company's traditional measurement of viewership involves selecting a group of households that's representative of the U.S. as a whole and setting up meters on the televisions in those households. To get accurate numbers that include online viewers, the next step will be to add meters to household computers, as well. The initial plan is to integrate the online viewing of programs into the ratings of selected shows, but not all shows.

The big issue for companies who advertise on television is the fact that online shows often appear with different advertising than the same shows when they run on television. In some cases, the shows run with no advertising at all. And the advertisers are most interested in measurements that estimate how many people may have seen their ads.

Even with this first step, the complete audience for a show may not be measured; the initiative doesn't cover mobile devices. Just as the latest technology is driving diverse business models, it's also baffling efforts at audience measurement. While TV producers are embracing at least a dozen avenues to get shows to viewers, the advertisers who pay for those shows are being left in the dark about the full audience for the time being.

Because ratings and advertising are the huge determining factors in which shows are successful, it's important to find a way to not only measure how many people are watching a show both on regular TV and online, but also to keep advertising in front of the viewers.