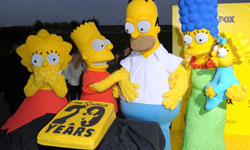 After work, Americans watch TV. It's part of a routine, and -- like it or not -- it's both a mirror and a driver of American culture. Do you still chuckle about the Soup Nazi? Can you still sing "Conjunction Junction"? How do you feel about Carrie Bradshaw's choice of Mr. Big?

But the airwaves are just that -- space, the final frontier -- and could bring anything into your home. They carry sports, sitcoms, dramas, news and reality shows. And they do it in half-hour or hour-long chunks, with predictable commercial interruptions and -- for the most part -- characters and storylines we're comfortable with.

Darwin would be proud of the way we got here. Rather than springing fully formed from the ether, today's TV shows built on earlier models and provide new models for tomorrow's entertainment. Good TV pushes and stretches the genre in which it sits. But the best shows punch through these genres to create -- well, something new. These influential shows redefine television, and (not to overstate it or anything) redefine culture and the very ways we see ourselves.

Which shows are to blame? Certainly more than fit on this list. It's a vicious game of musical chairs for these top 10 spots, and even some heavy hitters found themselves without seats.

So what did make the list? Keep reading to find out.

Making the list is the annual event that holds a full half of the 50 highest-rated TV broadcasts of all time. It's cliché to write that the Super Bowl is more than sports, but what are you gonna do? It's a cultural phenomenon -- a holiday like Easter, only instead of eggs and chocolate, it substitutes Bud, Miller and Coors. Sure, you can watch the Super Bowl for the competition, but many just tune in for the event -- the commercials, the halftime show, the players' off-field stories and the drama.

And you can bet it's no accident.

Starting in 1967 with the simulcast across CBS and NBC (each using the same video but offering different commentary), the Super Bowl has driven the way TV presents sports. It's not a blimp shot of ant-sized players throwing and catching; it's inside the masks and even inside the brains of players, with whom TV encourages us to identify.

Every year the Super Bowl writes another chapter in the story of sports television. And you can bet that every year, a lot of us will be watching. 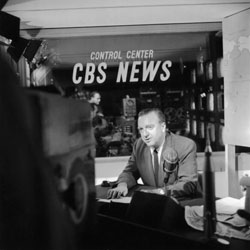 Do you want your MTV? Even if you don't, you're going to get it. That's because with MTV's 1981 broadcast of the Buggles' "Video Killed the Radio Star," MTV set in motion a filming style and flavor that jumped the confines of the channel, and even leapt off the screen and into the cultural fabric of the nation and the world. OK, so it may not be a specific show, but MTV definitely earned a spot on the list of game-changing TV.

It birthed reality ("Real World"), it lowered our attention span, and it pioneered the use of talking-head spokespeople who have no idea what they're talking about. Arguably, for better or worse, we're hipper, quicker, sexier and less thoughtful due to MTV. 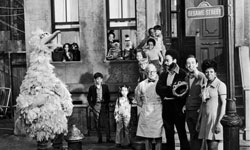 Placing "The Simpsons" ahead of "Sesame Street" bodes poorly for the future of life as we know it. But at least it's not "Beavis and Butt-Head," "South Park," "Family Guy" or "Spongebob Squarepants," none of which would've been possible without America's favorite, surprisingly functional dysfunctional family, on air since 1989.

That said, it's not the first cartoon to mix adult humor and cutting political and social commentary with animation -- that distinction goes most rightfully to "Rocky and His Friends" (or perhaps to "The Yogi Bear Show"). Nor was it the first to hang its hat on the dysfunctional, middle-American family -- "Married … With Children" beat it to the punch (and "All in the Family" before that).

But the sheer scale of Bart's irreverence and Homer's oblivious, bumbling, but eventually good-hearted stupidity broke new ground in what was possible on network television. Not to mention taboo-treading characters like Ned Flanders and Waylon Smithers. 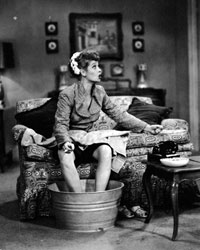 Only time will tell if "The Office" holds up in longevity and syndication enough to be included in the pantheon of great comedies. But no matter its audience share or remembrance among the funniest of the funny, it smashed preconceptions of how a sitcom is made. Sure, "This Is Spinal Tap" packaged improvised comedy as behind-the-scenes mockumentary, but not until "The Office" did anyone imagine you could hang a sitcom on it -- week in, week out, with only a rough sketch of where you were going at any given point.

Maybe it surfed the tide of reality TV, making the show's uncut feel acceptable. Maybe audiences just got a bit sick of the super-sculpted, laugh-tracked, prepackaged sitcom. Or maybe Steve Carell is just that funny. But whatever the case, it opened the door of sitcom improv that had previously been closed and locked. 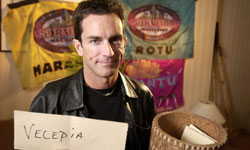 In short, "Hill Street Blues" is the parent of plots that don't expire in 60 minutes. You want to know how it ends? Tune in next week. But then in the next episode, new plotlines spin off, to be resolved later. In addition to the multi-episode story and character arcs, "Hill Street Blues" pioneered complex, sometimes ugly, sometimes conflicted characters. You could count on the veritable Boy Scouts Poncharello and Baker to tie a bow on the bad guy at the end of every episode of "CHiPS." And on "24," you can't tell if Jack Bauer is a hero or villain, and every episode is like a chapter in an ever-tangling book.

The break between the two was "Hill Street Blues." 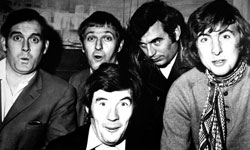 Want to learn more about TV? Check out the links on the next page.