by Michelle Konstantinovsky Feb 18, 2019
Billions of people throughout China and Asia celebrate the Lantern Festival as a way to end Chinese New Year. Pone Pluck/Getty Images

It's the stuff artsy photographers dreams are made of: thousands of glowing orbs and ornamental structures dotting the night sky as illuminated faces stare skyward in awe. The scene may be a visual jaw-dropper, but the event behind the spectacle is so much more than eye candy. While President's Day is still fresh on the minds of many United States citizens this week, people around the world are recognizing a significant Chinese holiday this Feb. 19: the Lantern Festival.

Otherwise known as the Spring Festival or Yuan Xiao, the Lantern Festival marks the end of the weeks-long Chinese New Year celebration with a climactic, luminous celebration to usher in spring. (Google even dedicated a Doodle to it.) Regardless how you celebrate the Lantern Festival, the joyful commemoration is thought to date back 2000 years to the Han Dynasty, and annually it falls on the 15th day of the first Chinese lunar month.

Today's revelers celebrate the Lantern Festival for a variety of reasons, and there are myriad interpretations of the holiday's rich symbolism. But the origins of the celebration are thought to tie back to Buddhist origins. Emperor Ming of Han reportedly became aware of monks lighting lanterns to pay respect to Buddha, so he ordered all the Chinese temples, households and royal palaces do the same.

While many modern-day observers no longer retain the religious aspect of the holiday, the lantern tradition still remains strong. People light lanterns of all shapes and sizes for any number of purposes: to invoke good fortune, pay respect to family members, honor a relationship and more. Some people also write riddles to attach to their lanterns to add to the fun, and others pen love notes.

While the holiday has a vast number of meanings, it's generally considered a jubilant occasion to be shared with family — many of which mark the day with a holiday meal featuring a dish that Chinese northerners also call yuan xiao, and Southerners call tāng yuan. These fried or steamed rice dumplings include a syrupy sweet filling that often includes red bean or black sesame paste. The festivities often also feature daytime lion dances and nighttime fireworks.

Now That's Sweet
In ancient China, women usually weren't allowed to leave the house, except on the night of the Lantern Festival. On that night, women could walk around freely, light lanterns, play games and mingle with men. This is often why some refer to the Lantern Festival as the true Chinese Valentine's Day.

We Need to Stop Believing These Five Tech Myths 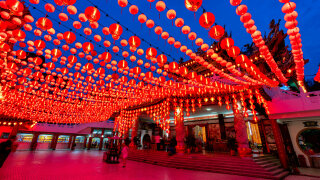 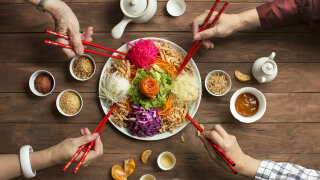 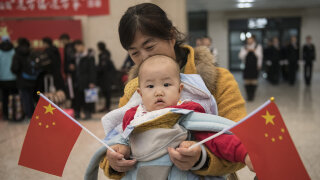