'Angels We Have Heard on High' 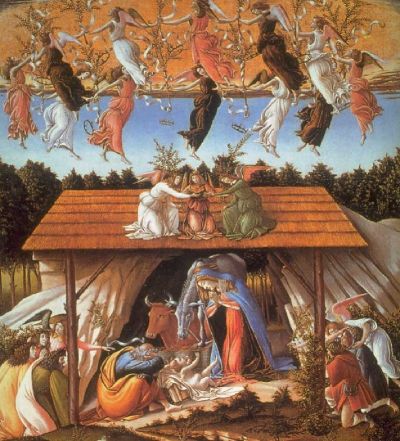 For many years, the hills of southern France were home to shepherds whose duties required their presence day and night, year-round. To celebrate the birth of Jesus, a custom evolved among the shepherds that can't be traced to an exact date. On Christmas Eve, these shepherds shouted "Gloria in excelsis Deo, Gloria in excelsis Deo!" from hill to hill, spreading the celebratory news.

There is speculation that this spirited chant originated in a medieval Latin chorale. Eighteenth-century music later fused words with melody to become the French carol "Les Anges dans nos Campagnes." The version we sing today was first published in a collection of holiday carols in 1855.

"Angels We Have Heard on High" Lyrics

1. Angels we have heard on high,

And the mountains in reply,

2. Shepherds why this jubilee?

Why your joyous strains prolong?

What the gladsome tidings be

Which inspire your heav'nly song?

3. Come to Bethlehem and see

Him whose birth the angels sing;

Christ the Lord, the newborn King.

Christmas sheet music: "Angels We Have Heard on High"

Our next song is a hymn with music originally composed by Felix Mendelssohn. To learn about "Hark! The Herald Angels Sing," go to the following page.