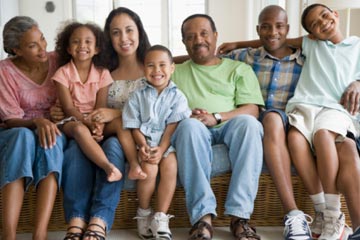 The more enjoyment your family gets from its rituals and traditions, the longer they will last and carry into future generations.
Digital Vision/Thinkstock

Across the pond, it's tradition among male members of the British Royal Family to serve in the armed forces. Prince Phillip was involved in the Allied troops' invasion of Sicily in World War II; Prince Harry saw time in Afghanistan. From William IV in the late-18th century to the current crop of royals, the families of England's monarchs have suited up in uniform for more than a century, flying helicopters, leading naval fleets and commanding ground troops from the Falklands to the Far East. While this lineage of patriotism and bravery is admirable, those of us who don't descend from a long line of dukes, princes and earls don't have to dodge bullets or navigate roads in a foreign land to establish familial identity and culture through tradition.

A family tradition is anything that the family does together on a regular basis that joins members and celebrates the family bond. In fact, most families probably already have traditions. A tradition doesn't have to be a big, expensive event; just something that brings the family together, strengthening the relationship among siblings, parents and even extended family.

As a kid, you may recall barely surviving dreaded family traditions like eating Grandma's Jell-O mold, hunting for a Christmas tree in bone-chilling temperatures or attending summer family reunions and being forced to play with distant cousins. Those experiences, while somewhat cringe-worthy but very common, shouldn't steer people away from rekindling long lost family traditions, maintaining ongoing ones and starting new traditions from scratch. Keep the ones you like, discard the ones you don't. Come together to establish traditions that each and every member of the family, and members yet to come, will enjoy. 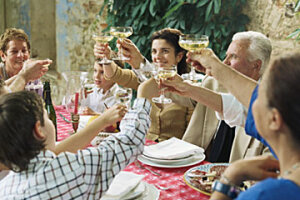 How to Celebrate Your Family Heritage 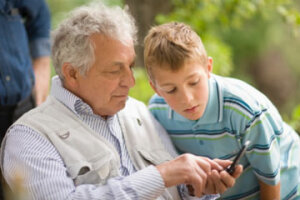 How to Update Old Traditions for New Families