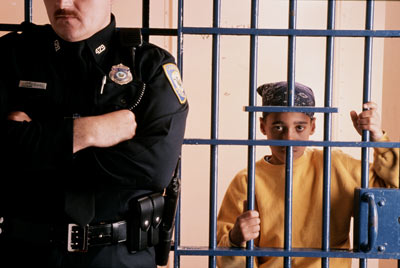 Juvenile criminal records are typically sealed once the person turns 18. The intent is to give juveniles with a criminal record a fresh start as they enter adulthood.
Lou Jones/Getty Images

In the United States, juvenile criminal records are handled in a different manner than adult criminal records. In most states, anyone under the age of 18 is considered a juvenile. When a child commits a crime, it's usually handled by a special juvenile court, sometimes called a young offenders court. When a child is arrested or convicted, the criminal record that is created is treated very differently than that of an adult. The general consensus is that children should not have their juvenile record follow them for their entire lives due to mistakes that were made while they were young. Because of this, juvenile records are usually sealed once the person reaches age 18, as long as he or she has not committed another crime. Once sealed, the record remains in existence but is not available to anyone but law enforcement or the courts. This allows the young person to have a fresh start as an adult. However, if another crime has been committed, the record can be kept open.

If a juvenile is convicted of a sex offense, just like an adult offender, he or she must register as a sex offender. A sex offense is a crime of a sexual nature (such as rape, sexual assault, inappropriate touching and so on) in which the victim can be a minor or an adult. Juvenile and adult sex offenders are treated differently than people who commit other crimes. A sex offense goes on a criminal record, and in addition to this, he or she must register with the state sex offender registry. The information about the crime is sent to the registry, and the convicted person must inform the registry of any changes in address after he or she is released from prison.

Each state maintains a sex offender registry, and there is also a national public criminal records database -- The Dru Sjodin National Sex Offender Public Registry. These databases are accessible to anyone and can be searched by entering a zip code, city, state, street or even the offender's name. Sex offenders have one of the highest recidivism (re-offense) rates. These registries were created so that sex offenders could be tracked and so parents can learn of registered offenders living in their neighborhood.

You can find a link to each state's sex offender registry by searching The Federal Bureau of Investigation - Crimes Against Children - National/.