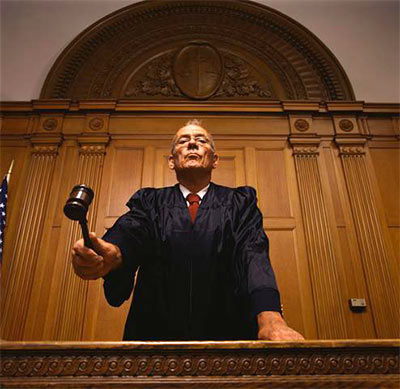 Many judges have their own rules governing conduct in their courtrooms. See pictures from civil rights history.
Photo courtesy of © Bill Fritsch/Brand X/Corbis

­Th­e United States is renowned for ha­ving one of the most sophisticated judicial systems in the world. Every day thousands of people, including law enforcement officers, lawyers, judges, government officials and ­even accused criminals, take part in this system, hoping to settle disputes and work for justice. What makes this system even more remarkable is that it is able to operate successfully in a country as large and diverse as the United States. One of the keys to this success is a balanced and carefully ordered hierarchy: Several different federal courts control issues relating to federal law and each state has its own set of courts that can adapt to the needs of its people.

Of course, it’s all a bit more complicated than that and no system works perfectly, but learning how the judicial system works can be useful in case you ever need to file a law suit, defend yourself in court, claim damages from the government or even pay a traffic ticket. In this article we’ll talk about what the different types of courts do, how judges are appointed and the basics of jury duty. Let’s start by looking at the essential elements of the U.S. judicial system.

The U.S. legal system is in part inherited from English common law and depends on an adversarial system of justice. In an adversarial system, litigants present their cases before a neutral party. The arguments expressed by each litigant (usually represented by lawyers) are supposed to allow the judge or jury to determine the truth about the conflict. Besides presenting written or oral arguments, evidence and testimony are collected by litigants and their lawyers and presented to the court.

Litigants usually pay their own attorney’s fees in addition to a $150 350 fee for filing a civil case in federal court. (Plaintiffs who can’t afford the fee can ask to proceed without paying.) For criminal cases, the government provides a court-appointed attorney for anyone who can’t afford one.

Many rules exist regarding how evidence and testimony are presented, trial procedure, courtroom behavior and, etiquette and how evidence and testimony are presented. These rules are designed to promote fairness and allow each side an opportunity to adequately present its case. For federal courts, the rules are determined by committees composed of judges, professors and lawyers appointed by the Chief Justice of the United States. The rules are then approved by the Judicial Conference of the United States and become law unless Congress votes to reject or modify them. State courts and local courts have their own committees and procedural rules, sometimes adapted from the rules for the federal courts. Many judges also have their own rules guiding conduct in their courtrooms.

The majority of legal disputes in the U.S. are settled in state courts, but federal courts have considerable power. Many of their rulings become precedent, or a principle, law or interpretation of a law established by a court ruling. Precedent is generally respected by other courts when dealing with a case or situation similar to past precedent. This policy is known as stare decisis or “let the decision stand.” Precedent is sometimes overturned or disregarded by a court, but the policy generally provides continuity in courts’ interpretations of the law.

Let’s now take a look at the federal court system and why it’s so important.

Thank you to Scott Silverman for his assistance with this article. 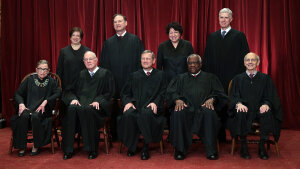