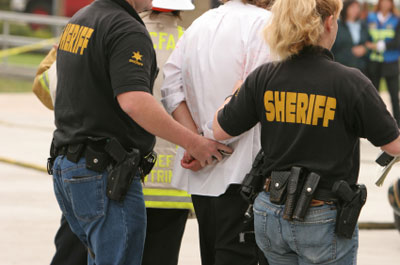 It's possible to have your record expunged or sealed; however, that's an option for relatively few people.
Wayne Howard/iStockphoto

To put it in the simplest terms, a criminal record is really just some basic pieces of information that the government holds about a person. So what does a criminal record really say about someone? That depends on the particular type of crime committed and the details of that specific case. A typical criminal record file contains the following basic information:

Criminal records are government documents and are managed by the law enforcement or court that created them. So, for example, if you are convicted in a state court, only the state court is in control of documenting the information about your arrest.

Criminal records hold information only about crimes or arrests for crimes and do not include traffic convictions. So, if you're worried about that time you were ticketed for going 35 in a 25 mph zone, don't sweat it. If you paid the ticket, you don't have a criminal record. Not for that incident, anyway.

Here's the good news: it's possible to make your criminal record disappear. Sound too good to be true? In some circumstances, you can ask to have your record expunged. This means that it can be erased or removed. When a record is expunged, it becomes inactive, but the information continues to be accessible to law enforcement or government officials. If your record has been expunged, you can legally say that you have no criminal record. In some states, this is also referred to as sealing your record, although it's essentially the same process.

The rules about expungement are different in each state. However, adult criminal records are never automatically expunged or sealed. In some states, expungement is not even an option. An expungement is most likely to be considered if the record in question contains a minor first offense. In order to get a record expunged, you must follow the procedure set up by your state laws to request that it goes through a court process. The judge deciding the case will consider the following:

In the next section, read about special forms of criminal records, including juvenile and sex offender records.

Will that go on my record?

You're out of luck if you're convicted of a crime in Arizona. Arizona doesn't permit expungement of criminal records. And if you live in New York, expungement is possible only if the case was eventually decided in your favor. In other words, if the crime you were convicted of was later proved to be committed by someone else, the offense can be removed from your record.