How Becoming a Lawyer Works 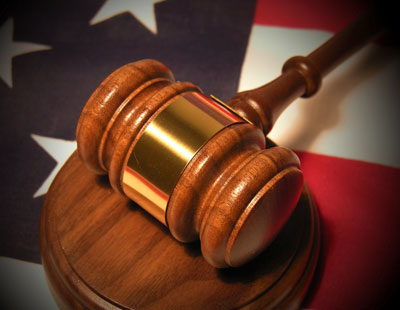 You still have to pass the Bar before you can get in that courtroom.
Photo courtesy stockxpert

The Bar is the term for all attorneys, collectively, in a given state. The term derives from the actual railing used to separate the general spectator area of a courtroom from the lawyers, judges and clerks working there.

Every law student must petition for admission to the bar of the state in which they wish to practice. Applications are filed through the State Board of Bar Examiners. Criteria for eligibility are established by these boards on a state-by-state basis. Once a candidate is deemed eligible, they may then sit for the bar.

Different states have different requirements for entry into the bar. Indeed, some, like Wisconsin, have no bar exam for students that graduate from an ABA-approved state law school. Others test only for educational standards. But the majority require that you sit for a bundle of tests collectively referred to as the Bar Exam. The exams are typically offered twice a year, usually two months after each academic semester in February and July.

Studying for the Bar is generally undertaken by enrolling in a state's Bar/Bri course, which is a highly intensive two month, four hours a day, review course for Bar preparation. At this time, Bar/Bri is the only company that provides preparation courses. Although these courses are not required, they are highly encouraged. Typically, an individual will graduate from law school in May and begin the Bar/Bri courses within a week of graduation, which will last until the Bar examination in July. Because of the amount of time involved, students are encouraged not to undertake any employment until after the exam. There are loans and funding available specifically for the cost of the Bar/Bri course, the exam fees and as a supplement to income.

There are generally two days of academic testing: the first day for the Multistate Bar Examination (MBE), the second for a state-specific exam. The MBE is a six-hour, 200-item test that covers the same six areas covered in the core curriculum of all ABA accredited universities: Contracts, Torts, Constitutional Law, Criminal Law, Evidence, Property and Torts. The state test tends to be in essay form and its topics vary depending on the state. That said, a growing number of states have opted into nationally developed tests, such as the Multistate Essay Exam (MEE) and the Multistate Performance Test (MPT) in lieu of traditional state exams.

In most states you must also pass the Multistate Professional Responsibility Examination (MPRE), which you can take within 12 months of the bar. The MPRE is 50 questions to be answered over two hours and deals with the ethical obligations and responsibilities a lawyer has. Concurrently, you must meet exacting character and ethical fitness standards, and submit to the bar a detailed questionnaire about your background. This condition of admission to the bar reflects the strict code of ethics that attorneys must adhere to. With the great power of the law also comes great responsibility, and state bars wish to ensure that their members meet the standards of ethics required to bear such responsibility.

Other Ways to be Admitted

Some state bars practice a form of reciprocity -- if you've practiced in one state for a certain number of years, you can automatically practice in another, if you ask. This process is called admission on motion. You can also practice on Limited Appearance, or pro hac vice. You may represent someone in a court proceeding in that state with the court's permission. You can be an authorized house counsel and practice in a state not your own, and also as a foreign legal consultant.

On the next page, we'll learn about life after law school.