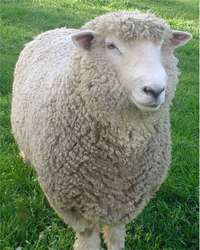 Sheep dipping is disguising a spy's identity with a day job.

Spies have their own secret language to keep from being discovered. By spying on these spies, we've managed to uncover the meaning of some of their terms.

A black bag job, or black bag operation, is a covert entry into a building to plant surveillance equipment or find and copy documents, computer data, or cryptographic keys. The name is derived from the black bags spies used to carry the equipment for such operations. In 1972, the Supreme Court declared black bag jobs unconstitutional, but are bags of different colors okay?

A brush contact is a brief and public meeting in which two spies discreetly exchange documents, funds, or information without speaking to each other, except perhaps to utter "Excuse me" or other pleasantries. To the average person, the interaction would seem like an accidental encounter between two strangers.

An L-pill is a lethal pill carried by spies to prevent them from revealing secrets if captured and tortured. During World War II, some L-pills contained a lethal dose of cyanide encased in a glass capsule that could be concealed in a fake tooth and released by the agent's tongue. If he bit into the capsule and broke the glass, he would die almost immediately. But if the pill came loose and was swallowed accidentally while the agent was sleeping or chewing gum, it would pass through his system without causing any harm, as long as it didn't break and release the poison.

The best spies are able to blend into any situation. To accomplish this, they use window dressing -- the cover story and accessories they use to convince the authorities and casual observers that they are everyday people and not spies. For example, if a spy is disguised as a construction worker to cover the fact that he is planting a listening device, his window dressing might include official-looking work orders, tools, and knowledge of the people who would have authorized his presence.

In farming, sheep dipping is a chemical bath given to sheep to rid them of bugs or disease or to clean their wool before shearing. In CIA terminology, sheep dipping means disguising the identity of an agent by placing him within a legitimate organization. This establishes clean credentials that can later be used to penetrate adversary groups or organizations. Similar to the real sheep, the agent is cleaned up so that nobody knows where he's been, kind of like money laundering.

If you're going to communicate in the field, there are a few more terms used by spies that you should know. Read about them on the next page.

Round out your knowledge of spy lingo with the following terms.

Do you suspect a leak in your organization? Even if the leakers aren't small yellow birds, you might be able to catch them by setting a canary trap -- giving different versions of sensitive information to each suspected leaker and seeing which version gets leaked. Although this method has been around for years, the term was popularized by Tom Clancy in the novel Patriot Games.

In spy terminology, a dangle is an agent who pretends to be interested in defecting to or joining another intelligence agency or group. The dangle convinces the new agency that they have changed loyalties by offering to act as a double agent. The dangle then feeds information to their original agency while giving disinformation to the other.

A honeypot is a trap that uses sex to lure an enemy agent into disclosing classified information or, in some cases, to capture or kill them. In the classic Hitchcock film North by Northwest, Eva Marie Saint's character was both a honeypot and a double agent. In real life, in 1961, U.S. diplomat Irvin Scarbeck was blackmailed into providing secrets after he was lured by a female Polish agent and photographed in a compromising position.

Camp Swampy is the nickname of the CIA's secret training base. That's about all that is known about it, except that it was named for the Camp Swampy in the Beetle Bailey comic strip.

How does a spy lose someone who is tailing him? One way is by employing a starburst maneuver -- a tactic in which several identical looking vehicles suddenly go in different directions, forcing the surveillance team to quickly decide which one to follow. A classic example of this strategy was used in the 2003 film The Italian Job. Similar-looking agents can also be used instead of vehicles. Kids, don't try this with your parents.