10 Rights the First Amendment Absolutely Does Not Grant

The Right to Dress Funny

Back in 1922, women were arrested for defying a Chicago edict banning abbreviated bathing suits on beaches. © Bettmann/CORBIS

Fashion is a wonderful example of free expression. Although the First Amendment doesn't mention "freedom of expression" by name, the courts often lumps together the freedoms of speech, religion, press, assembly and petition as forms of expression [source: ACLU]. So if you're free to express yourself through your clothes, what about clothing that's offensive, revealing or nonexistent?

Here again, our First Amendment freedoms are limited by location. The Supreme Court has ruled that private property owners can kick people off the premises for wearing an offensive T-shirt or no shirt at all [source: First Amendment Center]. For instance, a restaurant is within its rights to put up a sign saying, "No Shirt, No Shoes, No Service." Similarly, individual states and cities can set their own public nudity and decency laws that dictate what people can legally wear or not wear in public.

In a 1991 case, the Supreme Court affirmed that states also have the right to restrict nude dancing in adult clubs. The justices ruled that public nudity laws apply even during private shows. It's not a restriction of the freedom of expression, justices concluded, because the dancers are still free to express themselves erotically wearing a "scant amount of clothing" [source: LII].

Author's Note: 10 Rights the First Amendment Absolutely Does Not Grant

My 6-year-old has a cute habit of asking me what I'm writing about. Sometimes it's easy to explain in kindergarten-level terms: "The world's biggest vehicles!" or "How to make a backyard skate park!" But when my son asked again this morning over bowls of cereal, it took me a minute to figure out how to explain the First Amendment in the simplest way possible. First, I explained how the Constitution is like an instruction manual for how the country works. We have a president and a Congress and elections. We also have a Supreme Court that makes sure that the laws are fair to everyone. The Bill of Rights, I explained, is a list of things the government cannot do. The government can't control what you say or write or where you go to church. We are free to have conflicting opinions. In practice, this means a lot of arguing, but in the end, it also means compromise. "Sounds like a good system," my son replied, slurping up the last of his corn flakes. Couldn't have said it better myself. 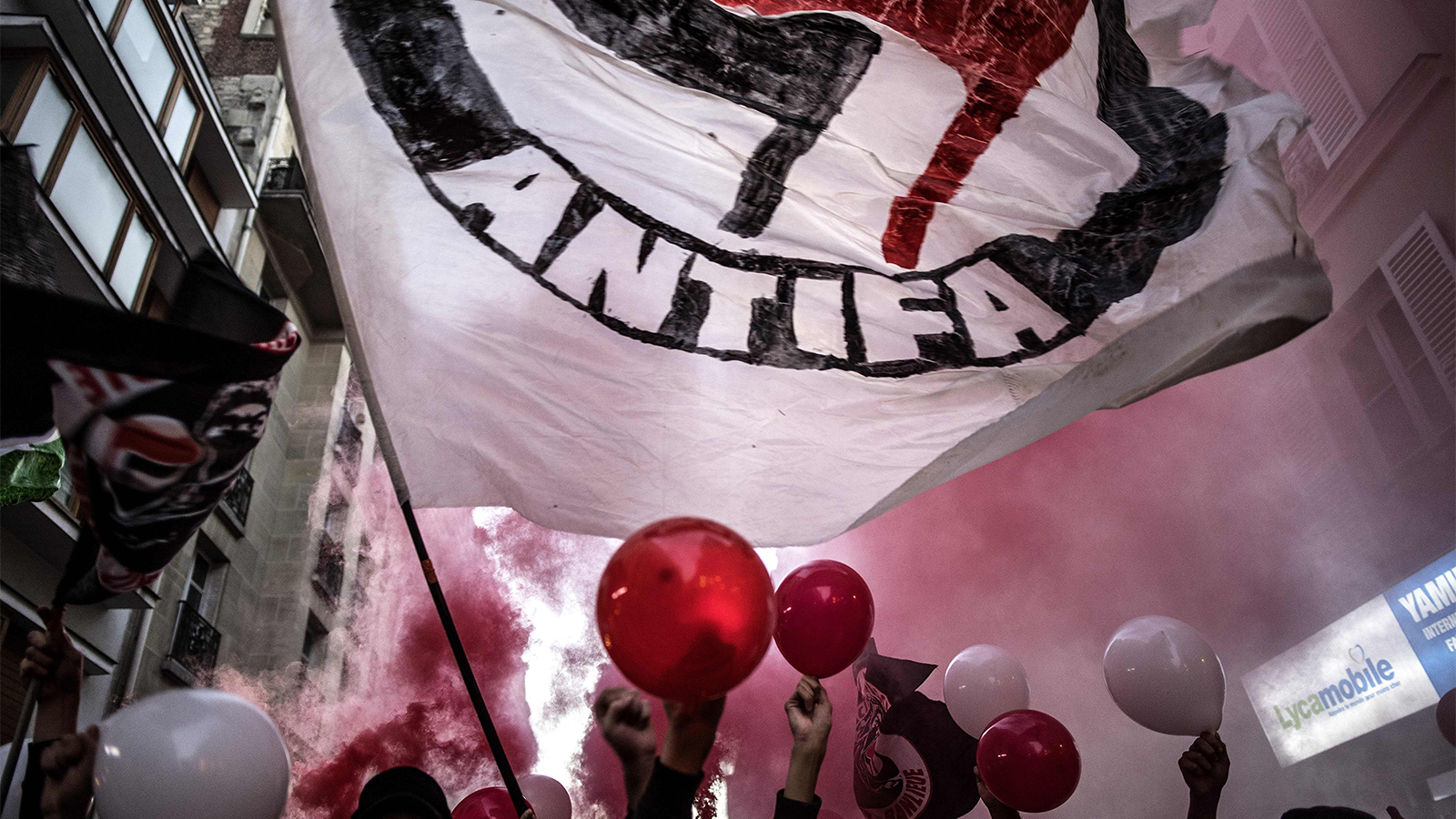 Antifa is a loosely organized movement that doesn't have leaders or advocate government policies. Instead, the movement's goal is to oppose fascism.