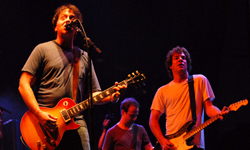 In 8th grade, two New Jersey kids became Gene and Dean Ween, the bandmates and fictitious siblings that make up the band Ween. They did so at the direction of The Boognish, the god that created Dean and Gene to make mischief on his behalf (and who the duo created). In return for their service, The Boognish gave Gene and Dean wealth and power and made rock gods out of them [sources: Musician Guide, Bruss].

Although The Boognish is a relatively recent creation as far as deities goes -- he appeared in the mid-1980s -- he isn't the only god to instruct his followers to party in his (or her) name. The combined pantheon of gods that figure in cultures across space and time include deities who commune with their followers through hallucinogens, sex and alcohol. In some cases, the gods themselves enjoy partaking.

What follows are 10 deities who encourage their followers to worship them under the influence -- or at least have followers who've managed to marry their god with their habits.