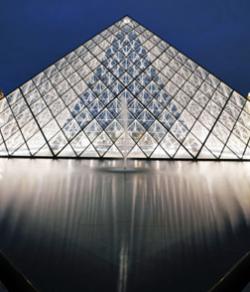 To qualify for sainthood, one must live a life worthy of being rewarded with the Kingdom of God. Even then, it's not a beeline to the top. The first rung on the ladder is "Servant of God," then "Venerable," then "Blessed." After that, the holy person is considered a "Friend of God," otherwise known as a saint. Here are ten lesser-known saints and the people they watch over.

By age 15, Genevieve was a nun. When her hometown of Paris was under siege by Childeric, King of the Franks, she risked her own safety to go into the city to find food and supplies for the suffering. Years later, she faced another dangerous conqueror -- Attila the Hun. As Parisians prepared to leave their homes rather than face the wrath of the barbarians, Genevieve convinced them to stay in their homes and pray instead. Today, it is still unknown why Attila the Hun didn't attack Paris. Genevieve died in a.d. 500.

As a bishop, Blaise was arrested for praying and went into hiding to avoid martyrdom. He shared a cave with wild animals that he cared for. He was eventually found and ordered to stand trial, but on his way to the trial, he convinced a wolf to return a woman's stolen pig. When he was sentenced to a slow, painful death by starvation, the grateful owner of the pig secretly slipped him food so that he wouldn't die. During this time, a woman came to Blaise in need of help. Her son was choking on a fish bone, but Blaise was able to save his life. When the governor learned that Blaise hadn't yet starved to death, he ordered him skinned alive and then beheaded. He died in a.d. 316.

Read on to discover more obscure patron saints such as Saint Denis and Saint Felicity, the patron saint of parents who have children who died.

For those of you with a splitting headache, read on to find out more about the patron saint of of headaches and other little-known saints.

Born a prince in Poland, this exceptional young man rose through the ranks of the Catholic church and was ultimately put in charge of his native country. His father tried to arrange a marriage with the daughter of the emperor of Germany, but Casimir wanted to stay single. He died soon afterward in 1484. Stories of his great charm, sense of justice, and belief in chastity abound.

In a.d. 258, during the persecution of Emperor Decius, Denis, the first bishop of Paris, was imprisoned, tortured, and beheaded. But wait...there's more. His headless body is said to have carried his severed head away from his own execution. In any case, his body was dumped into the River Seine, but his followers pulled it out.

Edward became the King of England in 1042. He was a very peaceful leader, only going into battle when necessary to defend his allies. He was concerned with the fair treatment of all people and wanted to do away with unjust taxation. He built churches, the most famous being Westminster Abbey. Early in life, he took a vow of chastity, but he took a wife, Editha, to please the people of his kingdom. He remained celibate throughout his life and died in 1066.

6. Felicity -- Patron Saint of Barren Women and Parents Who Have Had a Child Die

Felicity rose from slave to sainthood, but the road wasn't easy. The legend of Felicity varies: One version says that her seven sons were killed in front of her for choosing Christianity, then she was beheaded. Another version says that Felicity was eight months pregnant when she and five others were sentenced to die a martyr's death. They were baptized and led away to suffer greatly in prison. Felicity was upset because she didn't think she would be able to suffer martyrdom at the same time as the others -- the law forbade the execution of pregnant women. As luck would have it, in a.d. 203 she delivered a baby girl just two days before the "games" and was able to die in the amphitheater along with the others. Their killers? A wild boar, a bear, and a leopard ripped the men apart; a wild cow slaughtered the women.

Go to the next page to see the final four little-known patron saints including saints of ice skating and dentists.

For ice skaters, poets and beggars in need of spiritual guidance, luckily there is a patron saint for each of them.

Lydwina was from a poor family in Holland. She was a very religious girl and prayed often. In 1395, she broke several ribs in an ice-skating accident and gangrene spread throughout her body, causing her severe pain for the rest of her life. Lydwina experienced visions throughout her life, including one of a rosebush with the inscription, "When this shall be in bloom, your suffering will be at an end." In 1433, she saw the rosebush and died soon after.

Columba was born in Ireland in 521. Legend has it that around 560, he became involved in a battle with St. Finnian, which resulted in the deaths of many people. As penance, Columba went to Scotland to work as a missionary to convert as many people as had been killed in the battle. Columba reputedly wrote several hymns and more than 300 books in his lifetime, so it is not surprising that he is the patron saint of bookbinders and poets. Columba died in 597, and although he spent much of his life in Scotland, he is one of the patron saints of Ireland, along with St. Patrick and St. Brigid.

Alexis, the son of a distinguished Roman, fled his father's house on his wedding night and sustained a frugal and religious existence for 17 years. As his fame as a holy man grew, he returned to Rome and lived as a beggar beneath the stairs of his father's palace for the remaining 17 years of his life. When he died in a.d. 417, he was found with a document on his body that declared his identity.

Apollonia was an elderly woman who, in a.d. 248, was persecuted for being a Christian. She found herself in the midst of an angry anti-Christian mob. They smashed out all of her teeth and then dragged her to a huge fire. They offered to spare her life if she would renounce her faith. She paused as if to curse God, then flung herself into the fire instead. St. Apollonia is often depicted wearing a necklace of her own teeth.

A Short History of Hell
10 Common Questions About Islam, Answered
How Stoicism Works